Targa Tasmania to end at Macquarie

Targa Tasmania to end at Macquarie 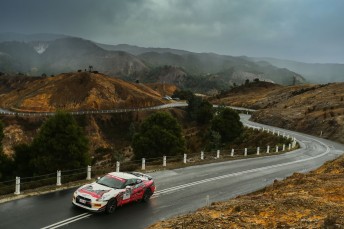 Continuing the revamp of the Targa Tasmania course for 2015, the official finish of the classic tarmac rally has been moved to Hobart’s waterfront, maximising crowd engagement with a new Saturday afternoon finish.

For the past 21 years the event has concluded at Wrest Point on the Sunday, but will now be at the Macquarie 2 terminal, right in the historic heart of the city.

Event Director, Mark Perry, is excited by what the new arrangements will mean to the event, and the city.

“This is a real win-win situation,” Perry said. “Our event and all the participants will enjoy a finish in the brilliantly refurbished venue, and I believe it is great for the city to be able to bring the cars and the excitement to the people in this major tourism precinct.”

In it’s 24th running, Targa Tasmania will undergo the biggest changes for a decade, including the re-introduction of stages south of Hobart not used since 2007.

The event will now start in Launceston on a Monday (April 27) and run for six days, finishing on a Saturday afternoon (May 2) for the first time. The southern loop stages in the Huon Valley were part of every Targa Tasmania course for the event’s first 16 years, and will precede the finish at Macquarie 2 on the Saturday.

“All the cars in the field, which covers Vintage cars from the 1930s right through to the modern supercars, will be on display, under one roof, for everyone to see,” Perry added.

“Plus, they’ll be able share in the excitement felt by every competitor who actually makes it to the finish in what is the world’s biggest tarmac rally, and undoubtedly one of the greatest challenges anywhere for car and driver.

“After six days on the road across two thousand kilometres, this is where everyone can finally relax and enjoy the moment, and now we have the perfect place to do it.”

Lord Mayor of Hobart, Alderman Damon Thomas, said he was absolutely delighted to see the emphasis on the event come to the South once again.

The Lord Mayor commended event organisers for reintroducing the southern stages and having the foresight to bring the cars back into the City at the Mac 2 facility.

“This move will make the event more accessible to so many more people” said the Lord Mayor.

“Tasports is excited to welcome Targa Tasmania back to the waterfront in 2015,” Heron said. “There’s no doubt that Sullivan’s Cove is a fitting end to this iconic event.

“The event is another great use for our re-developed Macquarie 2 terminal, and we look forward to working with Targa Australia to ensure the success of Targa Tasmania 2015.”