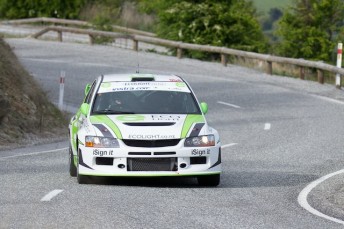 Leveraging the unprecedented interest generated by the successful running of its 20th anniversary event in the South Island last month the Targa New Zealand organisation has announced first details of its 2015 events.

The first is a one day Targa Sprint on March 7, the second a three-day Targa Bambina between May 15 and 17 and the third the 21st Targa New Zealand event held over six days between October 26 and 31.

All three will be in the North Island, though the success of the organisation’s first foray into the South Island this year means a return in the future is a distinct possibility.

“The feedback from competitors to councils would certainly encourage us to head back down south at some stage in the future, though obviously, with the timing and number of days open for discussion,” says Event Director Peter Martin.

With such positive feedback about the event from competitors and members of the associated Targa Tour alike, Martin says it was important to strike while the iron was hot by announcing the 2015 event dates as soon as possible.

“Because we have to plan our events at least 18 months to two years out we already had our venues and our dates. And because the South Island event generated so much interest and goodwill we thought we owed it to everyone who has expressed interest in ‘what’s next’ to publish the dates as soon as humanly possible.”

Martin has also been upfront this year by listing the medical levy every competitor has to pay, separately.

“The safety of our competitors is of utmost importance to us and wherever we go St John goes with us. This, obviously, incurs a cost, which we have listed separately this year to make sure everyone knows exactly what it is.”

There is now just the one common fee across all three competition classes with the fee – which is GST and medical levy exclusive – ranging from $1,100 for the one-day Targa Sprint in March, to $5,900 for the six-day Targa New Zealand event in October.

Fees for the associated but non-competitive Targa Tour work out at around $1000 less per event (though there will be no tour at the one-day Targa Sprint event in March) and there are worthwhile early-bird discounts for all three events.

For more information the 2015 calendar and fee structure is in the Targa New Zealand website at www.targa.co.nz