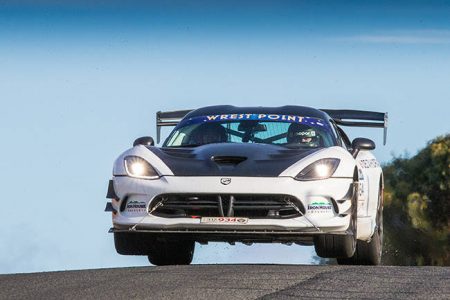 Targa Australia and the Dutton Group have announced today that the business responsible for the CAMS Australian Targa Championship, including the ultimate tarmac rally Targa Tasmania, will become part of the Dutton Group on an ongoing basis for an undisclosed sum, effective immediately.

The change of ownership will provide an exciting future for the Targa events, with a broadening of the potential customer base and some exciting expansion plans that will deliver great growth for the business over the next five years.

Targa Australia Director and new CEO, Mark Perry, welcomed the deal that will see Targa join the Dutton Group of companies: “The growth and stability of Targa has always been the number one priority for Les (Les Smith, Targa Australia Director) and myself. We have said many times that we saw ourselves as the custodians of the Targa business and we would rebuild the events after some lean times at the height of the GFC, and we have achieved this through expanding our customer base and event offering. We would only sell Targa to the right buyer, a buyer that could continue expanding Targa, a buyer that understood its history and a buyer who ultimately had a vision for Targa to be around for many years to come. The Dutton Group clearly ticked all of these boxes and we are looking forward to working for Dutton and delivering some exciting events in the years ahead.”

Dutton Group CFO, Matt Hanson, who played a key role in the purchase of Targa Australia, believes the iconic tarmac rally events are a perfect fit for a business whose key focus is classic and modern exotic car ownership: “We are very excited to be welcoming the Targa events into the Dutton Group and introducing these iconic events to our large car enthusiast customer base. Targa, with its strong competitor and touring customer base is a perfect fit for us, and we have sponsored the events for many years now, so this was a natural next step to take. We are looking forward to welcoming the Targa team to our business and working closely with them moving forward.”

The first event under the new ownership will be the opening round of the 2019 CAMS Australian Targa Championship at Targa North West, to be held on February 16 and 17 in the north-west region of Tasmania.