Tales from the paddock – Stefan Wendl: ‘The youngsters fully lived up to our expectations in the Young Driver Test’

Tales from the paddock – Stefan Wendl: ‘The youngsters fully lived up to our expectations in the Young Driver Test’ 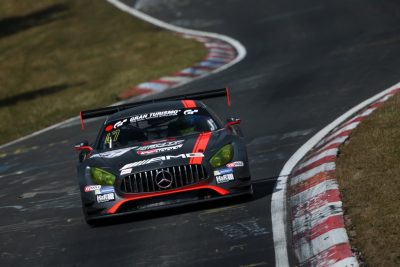 Stefan Wendl, Head of Mercedes-AMG Customer Racing, tells us more about the background to the Young Driver Test and what it revealed.

#StatAttack – Melbourne: Formula 1 is back! And although the race did not produce the desired results for Lewis Hamilton and the team on Sunday, the reigning World Champion still managed to set some new records Down Under. Lewis not only claimed his 73rd Formula 1 pole position on Saturday with that amazing qualifying lap but also set a new track record. It was his fifth pole in succession on this track, which means he has consistently started from the very front in the Australian Grand Prix since 2014. His total of seven pole positions on the Melbourne Grand Prix circuit is more than for any other contestant in the history of this race. Another interesting fact: Lewis has more poles to his credit in Melbourne than on any other track. Also, his eighth podium finish in Australia matches his tally from Shanghai, the only other race in which has had as many Top Three finishes.

Four victories in the Australian GT: In the first round of the Australian GT, the Mercedes-AMG GT3 came away from the Albert Park Grand Prix circuit in Melbourne with a maximum points yield from four victories in four races, all thanks to the customer racing teams. In the first of the four sprint races, Craig Baird (NZL) of Scott Taylor Motorsport in the number 222 car claimed a lights-to-flag victory. In the second race, it was the turn of Jaie Robson (AUS) in the number 98 car who took the win for Aussie Driver Search / Griffith Corporation. Baird struck back on a rain-soaked track in the third race of the weekend to secure another start-to-finish victory. In the final race, Robson triumphed again, which was enough to take him to the top of the championship standings.

Two Mercedes-AMG GT3s in the Top Ten in VLN season opener: The 64th ADAC Westfalenfahrt was contested last weekend as the first round of the 2018 VLN Endurance Championship in what was a first visit of the year to the Nürburgring Nordschleife. In a tense four-hour race, it looked as if the number 47 Mercedes-AMG GT3 entered by Mercedes-AMG team MANN-FILTER was in contention for a podium. Yellow flags later on ruined the race strategy, and the trio of Renger van der Zande (NED), Dominik Baumann (AUT) and Edoardo Mortara (ITA) ultimately had to settle for fifth in the general classification. The sister car (number 48) finished eighth, also well inside the Top Ten. For all the drivers and teams, the first VLN race of the year served as a useful preparation for the highlight of the season, the Nürburgring 24 Hours.  World-first victory for a Mercedes-AMG GT4 entered by a customer racing team: This milestone in motor racing was passed last weekend by BLACK FALCON Team IDENTICA. In the VLN season opener at the Nürburgring, Nico Bastian, Stefan Karg, Fidel Leib and Moritz Oberheim (all GER) won the SP10 class with the new generation car. The Mercedes-AMG GT4 of BLACK FALCON Team TMD Friction driven by Gabriele Piana (ITA), Mustafa Mehmet Kaya (TUR) and Miguel Toril (ESP) also secured a podium for third place.

Podium places in the Pirelli World Challenge: Last weekend, Austin (Texas) hosted the second round of the Pirelli World Challenge. In two races on the Circuit of the Americas (COTA), customer racing teams fielding the Mercedes-AMG GT3 were able to celebrate a total of three podium finishes. Fabian Schiller (GER) and Daniel Morad (CAN) of CRP Racing took the runner-up spot in Saturday’s race, closely followed by Scott Heckert and Mike Skeen (both USA), who secured third place for Lone Star Racing. In Sunday’s race, Heckert and Skeen were in contention for victory for a long time but had to settle for second place at the end of the 60-minute race, 2.521 seconds behind the eventual winners.

Challenge and develop: This was the concept underlying the Young Driver Test arranged by Mercedes-AMG Motorsport for its Customer Racing Programme last December. The talented youngsters who impressed most at Estoril in Portugal now have the opportunity prove themselves in various GT series being contested by the customer racing teams. We interviewed Stefan Wendl, Head of Mercedes-AMG Customer Racing, to find out more about what goes on in the Young Driver Test.

Stefan, how did the Young Driver Test go?

Stefan Wendl: It was very good. The young drivers – mainly Silver category drivers – fully lived up to our expectations. They were all at a very high level. That made it all the more difficult for us to differentiate between them. But in the course of the four days, we were still able to get a detailed picture of their abilities. To do so we completed an extensive programme. It was important to us not only to test the drivers but also to bring them on in their development.

What were your priorities?

Stefan Wendl: In coming up with the right concept, we got together with our DTM colleagues who have been running Young Driver Tests for some time now. Obviously, we adapted the content to GT racing. As for driving experience, our main focus was on preparation for competing in endurance series. We had the track completely to ourselves, and we organised different types of stint – long runs and qualifying sessions. One of the tasks we set them was to independently develop a setup. For this part of the test, they had the support of a race engineer and Maximilian Götz as reference driver. The theory part was about teaching them specific technical and other basic knowledge – for example about the Mercedes-AMG Customer Racing Programme.

Which of the talented youngsters impressed you most at Estoril, and what have you arranged for them to do now?

Stefan Wendl: As I said, the level was extremely high among all participants. Nonetheless, three drivers made an especially big impression – Fabian Schiller, Jules Szymkowiak and Michael Meadows. I am delighted that we have in the meantime been able to secure fantastic cockpits for all three of them with our customer racing teams. Fabian has joined CRP Racing and will be competing in the Pirelli World Challenge – last weekend, he already claimed his first podium of 2018 for second place. As members of the AKKA ASP squad, Jules will be contesting the Blancpain Endurance Series while Michael will be embarking on the full Blancpain programme of sprint and endurance races. I am fully convinced that, in all three cases, this arrangement is going to be of immense benefit to both the teams and the young drivers.