Tales from the paddock: Successful race weekend for Mercedes-AMG Motorsport

Tales from the paddock: Successful race weekend for Mercedes-AMG Motorsport 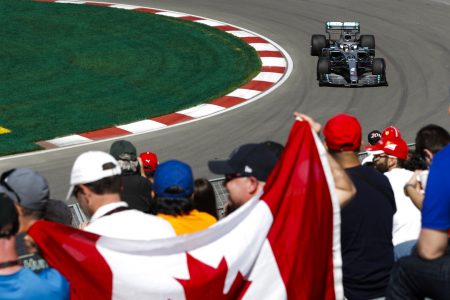 While the final preparations for the ADAC Total 24-hour race at the Nürburgring continue apace, the Mercedes-AMG Motorsport teams were achieving further successes around the world

Canadian GP – Stat Attack: The Canadian Grand Prix in Montreal presented the team with a number of challenges. Ultimately, though, it resulted in Grand Prix victory number 78 for Lewis Hamilton, who took his place on the top rung of the podium for the fifth time this season. This seventh victory on the island in the middle of the St Lawrence River means that Lewis has now won more races at the Circuit Gilles Villeneuve than at any other track. In Saturday’s qualifying, he booked his tenth place on the front row in Canada. This puts him on level pegging with Michael Schumacher who had previously been the sole record holder for number of starts from row one in this particular GP event. It was the fourth Canadian victory for the team and the tenth for a Mercedes-powered car.

Podium success in the ADAC GT Masters: The podium finish at the Red Bull Ring in the sixth race of the 2019 season was the first for a Mercedes-AMG GT3 in the current campaign. The number 47 yellow-green ‘Mamba’ of MANN-FILTER Team HTP Motorsport made it into Sunday’s Top Three by virtue of a strong performance from Maximilian Götz (GER) and Indy Dontje (NED), both on the Austrian track and at the pit stop. The result was enough to take the two of them to fourth place in the drivers’ standings. Götz, who was competing in his 100th ADAC GT Masters race, set the third-best time in qualifying. In the first race on Saturday, the two Mercedes-AMG GT3s fielded by Team Zakspeed BKK Mobil Oil Racing (#20 and #21) and the MANN-FILTER Team HTP Motorsport (#48) sister car all finished in the points. Meanwhile, Marvin Dienst (GER) and Aidan Read (AUS) of Schütz Motorsport successfully defended their Junior class championship lead with a P5 and a P8.

Overall and class victory in the British GT Championship: In the British GT Championship, the number 6 RAM Racing Mercedes-AMG GT3 prevailed against stiff competition on the Silverstone Circuit: it was the first time that the driver pairing of Ian Loggie and Callum MacLeod (both GBR) have celebrated overall victory in the British championship. The result gave them a big boost in the drivers’ standings, taking them up to fifth place. Team Parker Racing and ERC Sport made it a Mercedes one-two in the GT4 classification of the three-hour race.

Renewed success in North America: Murillo Racing enjoyed yet another victory in the Pirelli GT4 America series, this time at the Sonoma Raceway in California. In the second SprintX race, Kenny Murillo and Christian Szymczak (both USA) crossed the finish line in first place, having started from fifth on the grid. In combination with their third place from the previous day, this made for a very successful weekend in the North American sprint series. Taking Sprint as well as SprintX races into account, the team has already lifted four Pirelli GT4 winners’ trophies this season.

Class wins and overall podiums in the International GT Open: The SPS automotive-performance team finished in the Top Three of the general classification in both races of the International GT Open at Spa-Francorchamps. In Race 1, Miguel Ramos (POR) and Fabrizio Crestani (ITA) in the number 10 Mercedes-AMG GT3 came second overall. Crestani and Ramos leave Spa fourth in the drivers’ championship, just eight points behind the current leaders. In the second race, their team-mates Valentin Pierburg (GER) and Tom Onslow-Cole (GBR) finished third in the general classification, a result that was enough for them to take the victory in the Pro-Am class and retain their lead in the Pro-Am standings. Kenny Habul (AUS) and Thomas Jäger (GER) were also successful in the Pro-Am class: finishing runners-up twice, they made podium appearances at the end of both races for the Rowe Racing / SunEnergy1 Racing outfit. Davide Roda (ITA) of Antonelli MotorSport registered two Am class victories this weekend. This puts Roda in second place in the Am classification behind fellow Mercedes drivers Alexander Hrachowina and Martin Konrad (both AUT) of Team HTP Motorsport, who managed a sole second place in Belgium.