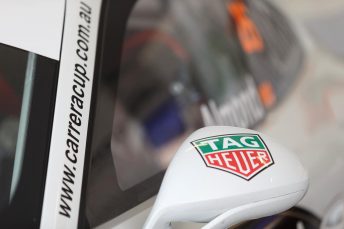 Porsche Cars Australia and TAG Heuer have extended their long-term relationship with the Swiss watch brand remaining as the Official Watch of Porsche Carrera Cup Australia for the next two years.

Part of the deal will see TAG Heuer on the windscreen banners of every entry as event partner for this weekend’s opening round at the Clipsal 500 in Adelaide.

TAG Heuer will also remain the naming rights partner to many of the series’ properties including the Pole Position Award, Fastest Lap Award, In-Car Camera and Elite Class.

TAG Heuer will also continue to award a selection of timepieces from its Carrera range to the best performing Carrera Cup drivers at the conclusion of each season.

The brand awarded eight watches to Carrera Cup drivers at the 2016 Awards Night with a combined retail value close to $70,000.

“It’s exciting to have TAG Heuer continue as the Official Watch of Porsche Carrera Cup Australia for a further two seasons,” said Sakzewski.

“The brand is a great element of our motor racing program and we look forward to working together to continue this successful relationship.

“Exciting times are ahead for Carrera Cup, both in 2017 with our maiden international round at Sepang in Malaysia, and also into 2018 when we introduce our newest generation 911 GT3 Cup race car.”

TAG Heuer’s General Manager for Australasia, Pierre Blouin, is looking forward to being trackside this season.

“We are thrilled to continue as the Official Watch of Porsche Carrera Cup Australia,” said Blouin.

“The partnership is an important platform to celebrate our rich heritage in motorsport and adds to our strong motor racing involvement in 2017.

“Porsche Carrera Cup is a great local addition to this portfolio and its highly competitive spirit fits perfectly with the TAG Heuer mindset, ‘Don’t Crack Under Pressure’.”