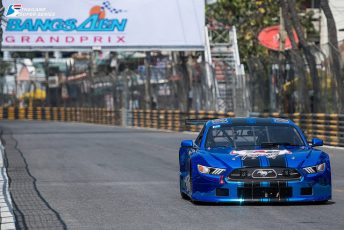 MEDIA RELEASE: TA2 will launch in Asia this year

Following its Australian launch in 2016, America’s Trans-Am TA2 formula is preparing for a series launch in Asia this weekend.

The brainchild of the TA2 Asian expansion is expat Kiwi Craig Corliss, known for his racing exploits in the region in an ex-Triple Eight Holden Commodore V8 Supercar. Corliss will launch the series in Thailand, with plans underway to expand into Indonesia, China, South Korea, Vietnam and Malaysia.

Corliss stressed that some adjustments have been made to suit Asian racing expectations.

“The car is manufactured in the USA and the quality, workmanship and finish is very high. However we elected to upgrade the car in a few ways to make it more driver-friendly, especially for the amateur driver.

“From the factory finished car we have put in a 6-speed sequential gearbox with paddle-shift controls, put in the full M150 MoTeC system, and we have a Ford 9-inch Detroit locking diff with traction control.”

The New Zealander believes the TA2 formula is ideal for drivers to be able to learn and showcase their skills.

“We’re looking forward to seeing very close and exciting racing. It’s a one-make series and we control the parts, so it all comes down to the driver and the crew’s setup.

A demonstration of the first TA2 Asia car is scheduled for this week’s Bangsaen Grand Prix, where leading American Trans-Am driver Shane Lewis will put a Ford Mustang TA2 through its paces around the Thai street circuit.

Discussions have already taken place with Australian TA2 management, with a goal to stage an annual Asia vs Australia TA2 challenge alternating between host countries in the future.

The TA2 formula has already made its mark in Australia, with 17 cars in the country ahead of their first full season of racing, commencing at the Lakeside Tribute on March 18-19.