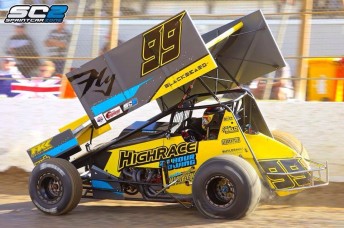 The Ruhs Brothers Motorsports team are pleased to announce that Brad Sweet will be returning to Australian shores for the 2014/15 season, piloting the Highrace 99 car once again.

The deal will again see the team venture to some of Australia’s biggest shows, with a final schedule to be confirmed in the coming months. RBR will also utilise a similar chassis and engine package with Sweet having another Ti22/Kistler combination at his disposal.

The entire Ruhs Brothers motorsports team is excited about the months ahead, as crew chief Isaac Ruhs explains: “We are stoked to announce Brad is coming back this season, we had a great summer last year and although we were fast we feel like there’s a bit of unfinished business at the major shows in Australia. We expect to build upon what we achieved last year and be up front”.

The Californian will be hoping to emulate the same in this upcoming season as the team looks to take out some of Australia’s biggest races.

RBM are also pleased to announce that their high quality driver will be paired with high quality oil with PENRITE Oils joining as a team sponsor for the entire 2014/15 season.

The team is still currently seeking sponsors for the 2014/15 season and anyone looking for more information should contact [email protected] for a detailed proposal to find out how you can form a partnership with one of Australia’s most exciting race teams.

Stay tuned for more news from Ruhs Brothers Motorsports as preparations for the 2014/15 season continue, including an exciting range of merchandise to be released soon.