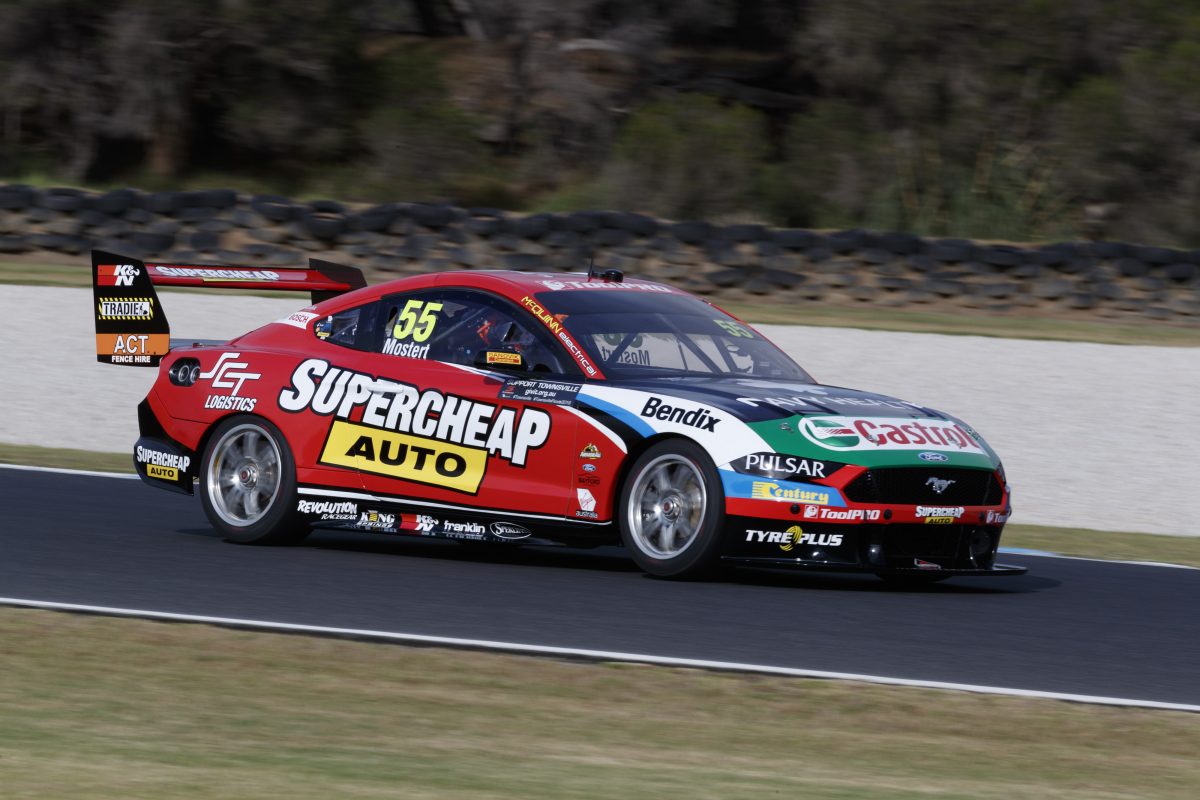 At next week’s Superloop Adelaide 500, the No. 55 Supercheap Auto Ford Mustang driven by Chaz Mostert will feature a notable new partner, with the addition of brake manufacturer Bendix to the 2019 racer.

Bendix joins the Supercheap Auto Racing entry with placement on the front guards of Car 55, which Mostert races into the 2019 season next weekend. The braking specialists’ arrangement comes thanks to its blooming relationship with Supercheap Auto, which this year enters its 22nd season of involvement in the Virgin Australia Supercars Championship.

“Bendix offers a braking product that allows you to ‘put your foot down with confidence™ and there is no doubt that Chaz will be doing a lot of that as he heads for the podium in 2019” George said.

“We are delighted to bring Bendix aboard the Supercheap Auto Racing Ford for the 2019 season,” Wilesmith said.

“Bendix is a tremendous partner of Supercheap Auto, and of course produces high-performance braking products. It is only natural to pair them with the high-performance industry of auto racing, particularly Tickford Racing and the Supercars Championship.”

Mostert enters the 2019 season optimistic, having finished the previous campaign with a string of top five and top ten finishes, including a dominating win on the streets of Gold Coast in October.

“Supercheap Auto has so many great trade partners who have supported us the past several years, and it’s great to add Bendix to the fold. They’re very excited to be a part of the team, and really we appreciate that enthusiasm. It’s been a good start to the year, and hopefully we’ll share plenty of success together in 2019.” Chaz said.

Tickford Racing took to the circuit February 14 at Phillip Island for a preseason test with its four team-prepared Mustang Supercars, ahead of the 2019 season opening Adelaide 500, February 28 – March 3.

About Bendix
FMP Group (Australia) Pty. Ltd., the makers of Bendix, are Australia’s largest automotive friction material manufacturer, Bendix provides a number of products designed to efficiently stop a variety of automotive vehicles. From pads and discs to sensors and cleaners, Bendix products give the consumer all they need to “Put Your Foot Down with Confidence™.”