Despite already being the most vulnerable group, new research has revealed that young drivers are increasing their risk of road trauma by allowing basic safety essentials to go unchecked. 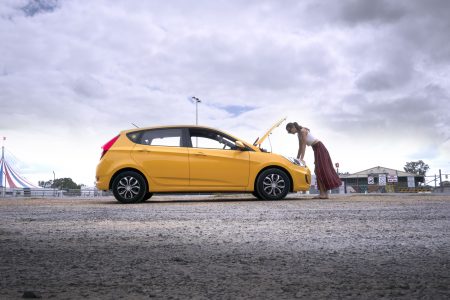 In fact, the new data from Driver Safety Australia released today has shown that three in four drivers aged 25 and under are driving a car that is more than a decade old.

Despite this, four in five young Australian drivers are guilty of not undertaking any regular checks on their car – either leaving it to someone else or naively believing a warning light would alert them to any safety issue.

Even when faced with a specific issue like a broken headlight or worn windscreen wiper, the research revealed that young drivers are two times more likely to blow $50 on a meal out with friends than they would on fixing that safety concern.

In fact, young drivers are more likely to spend money cleaning their car than they are fixing a critical safety issue.

Alarmingly, the research also showed that two in five drivers aged 25 and under have knowingly driven on a car that had a safety issue at the time.

Driver Safety Australia founder and CEO Russell White said this frightening research was not only endangering the lives of young drivers, but road users more generally.

“Car crashes happen in an instant, and in that moment having a car in safe condition can be the difference between life and death,” Mr White said.

“Every driver has a responsibility to ensure they’re taking precautions to keep themselves and those around them safe. Whether that’s tyre tread and being able to brake in time, or having adequate vision in different weather conditions with working wipers or headlights.

“On top of these safety concerns, there’s also the added risk of being stranded when broken down on the side of the road. We continue to see serious injuries and fatalities as a result of being struck in high-traffic areas, which can often be avoided,” he said.

However, the research also highlighted opportunities for improvement, showing that it wasn’t solely an attitude problem – rather a lack of skills and knowledge that proved to be the biggest safety barrier.

A third of young drivers claim that they don’t know anything about basic car checks, however, almost the same amount (32%) believed being able to maintain their vehicle is an important skill that every driver should know.

Additional to this, two thirds of those who are currently without any car safety check knowledge are eager to learn how to perform these activities.

In an effort to better arm young people with the capabilities and know-how, Driver Safety Australia has teamed up with leading specialist auto retailer Supercheap Auto to drive ‘Check It.’

Launched Australia-wide on 26 February, the initiative will be raising awareness amongst younger drivers around the importance of undertaking regular vehicle safety checks.

“There’s so much about safety that is within our control – how we behave on or around the road, and ensuring that our vehicles meet safety standards,” Mr Bauer said.

“We’re fortunate at Supercheap Auto to have skilled team and the tools required to help educate the newest generation of vehicle owners and help create safer roads for all.”