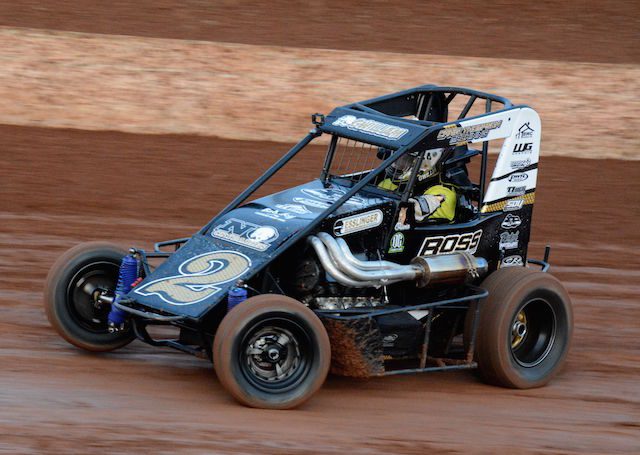 MEDIA RELEASE: If you like your dirt track action with a level of intensity that knows no bounds, Ausdeck Patios Archerfield Speedway is the place to be this Saturday night (November 5) when the Diamond Air Midget Super Series gets underway.

Presented by American Tire and Racing Services, the opening round of the 2016/2017 Super Series is bringing Australia’s best Midget competitors together to contest the Stan Burrow Stampede, honouring the long-time Midget racer and car owner who passed away earlier this year.

Any list of the best Midget drivers in Australia over the last 10 years will include Nathan Smee, Adam Clarke and Mark Brown, so it is very exciting that all three drivers will be in action at Archerfield on Saturday night, taking on their fellow contracted drivers and a very strong local line-up who will be desperate to keep the Stan Burrow Stampede trophy in Queensland.

Also lobbing into town from interstate in search of Super Series glory are Matt Hunter, Aidan Corish, Paul Murphy and Michael Stewart, who comes into the meeting in great form with a feature race win in Sydney last weekend.

Whilst Smee, Clarke and Brown have earned the right to favouritism given their remarkable record of success in Midget competition over many years, their reputations will mean little to New Zealander Chris Gwilliam in his bid to upstage the contracted drivers and the local stars.

Gwilliam has already recorded two feature race wins this season in Queensland and will present a significant challenge for the interstaters and locals alike.

Of the locals, Darren Vine is the only one who has tasted the spoils of victory so far this season, winning the opening round of the Polar Ice Series, but there are several more who have proven themselves more than capable of mixing it with the best in the business.

There are no less than three Queensland Championship winners in the field – Rusty Whittaker, Mark George and Michael Harders – plus proven big race performers such as Brendan Palmer, Brock Dean and Troy Ware.

With the likes of Scott Doyle, Rob Stewart and Formula 500 hotshoe Charlie Brown also in the 26-car field, the scene is set for some Midget magic.

Saturday night will also feature more than 20 Wingless Sprints contesting their annual 50-lap feature race, an event that is always as much about stamina and set-up as it is about speed.

The man to beat though will be local ace Adam Butler, fresh from a top five finish in the New South Wales Championship and the winner of the most recent Archerfield feature race.

Glenn Wright has also shown some strong form this season with a feature win and second-place finish here behind Butler, with Jason King and Paul Robinson also expected to challenge.

The Formula 500 action continues to improve with each show and this Saturday night will see a terrific field contest round three of the KRE Race Engines Championship Series.

Australian champion Liam Williams has been unstoppable here so far this season, but found himself upstaged in Sydney last weekend when he finished in second spot.

While Williams will be looking to restore the status quo with another feature win, Kaydon Iverson, Kristin Brown, Ryan McNamara, Tristan Johnson, James Kennedy, Graham Williams and another 12 drivers will be steadfast in their determination to find their way to the top step of the podium.

Also on the program will be Formula 500 Juniors and Open Sedans, with gates opening at 4.00pm. There will be early racing from 4.45pm before the Midgets hit the track for time trials at 5.30pm, with the main program getting underway at 6.00pm.