Super Sedans are back in town

Super Sedans are back in town 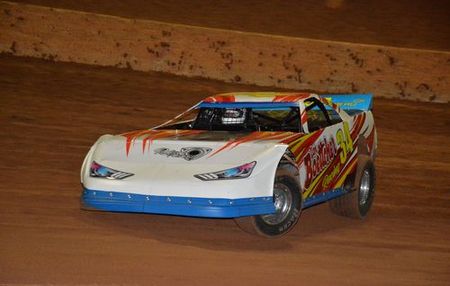 If speedway sedans are what you favour, then Archerfield Speedway is the place to be this Saturday night (November 7) when Super Sedans emerge from eight months of hibernation to contest the opening round of their McCosker Championship Series. On what is shaping to be a huge night of tin top action, Open Sedans, Late Models and Junior Sedans will also feature on the program, along with Modlites, Stockcars and Compact Speedcars, swelling the pits once again with more than 100 competitors overall. Not surprisingly given the extended off-season that teams have enjoyed/endured, the Super Sedan entry list suggests a field that will be the strongest opening round line-up presented for quite some time, with current and four-time Australian champion Darren Kane taking on 24 other competitors from across Queensland and interstate.

Amongst the Super Sedan entries looking to upstage Kane are two former national champions in Steve Jordan and three-time winner Michael Nicola from Victoria. Having spent the last season or two dabbling in other sedan categories, Jordan will be looking to make an instant impact in his return to the V8 ranks, while Nicola has completed a plethora of pre-season practice laps in a bid to have his new chassis design sorted to achieve maximum performance from the outset. The other interstaters joining Nicola in taking on the locals are the NSW-based trio of Ian Brims, Tania Smith and rookie Hayden Brims, a third-generation racer stepping up from the junior ranks to make his Super Sedan debut.

Toowoomba’s Sean Black will almost certainly be somewhere near the front of the field come feature race time, while Townsville’s Trent Wilson has featured on the podium here in recent times and is expected to be in the mix once again. Teenager Zac Pascoe snared his first ever Super Sedan heat race win at Archerfield last season in his rookie campaign and should prove a threat to his more experienced rivals. However, the most interesting and anticipated entry might just be category veteran Wayne Randall in his return to rotary power aboard a brand new Challenger chassis that has served up some very impressive laps time in track testing. As one of the most experienced and successful drivers in the history of the category, Randall might be very hard to topple if the new peripheral port powerplant delivers on its practice potential.

Modlites have also secured more than 20 entries for their second Archerfield outing of the season, with all the regular front runners in the field, including the likes of Terry Leerentveld, Klinton Hancey, Sam Gollschewsky, Sean Rose, Dylan Hunter and Chris Crowe. It was Hancey who won the previous outing at Archerfield, but with Leerentveld having subsequently tasted victory in Maryborough, these two are again expected to set the pace come feature race time.
Bodie Smith has absolutely dominated Compact Speedcar action so far this season and the biggest obstacle he faces this weekend might just come in the form of fellow teenager Harry Stewart, who has made an instant impression in his first year of competition. Old hands such as Dave Collins, Matt O’Neill and Glenn Wright will most certainly be in the mix, but they will need to draw heavily on their experience if they hope to upstage the young guns.

Increasing in numbers and seemingly committed to a return of the crash and bash racing for which they are synonymous, Stock Cars are back for their second outing of the season with a dozen other drivers aiming to prevent Stu Jefferies from finishing the night undefeated once again.

Having recently won a feature race in Bundaberg, Carter Armstrong is the man to beat in a very small field of Late Models, while Open Sedans will have Ben Robertson determined to reverse the result from the last meeting when he seemed to have the feature race safely in his keeping, only to somehow find himself in second spot at the chequer.

Gates open at 1.00pm for competitors and online ticket holders only, with general admission ticket sales and entry from 3.00pm. Early racing will hit the track from 5.00pm and the main program, which will also see the next generation stars of the Junior Sedan ranks in action, will get underway from 6.00pm.