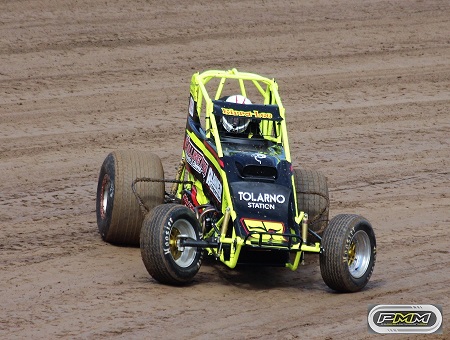 The 2021/22 South Australian Wingless Sprint season will begin this Saturday night at the Murray Machining and Sheds Murray Bridge Speedway with a field of 26 drivers set to race it out for the first chequered flag of the new season. A fortnight ago 20 drivers took the opportunity to take to the track at practice therefore a majority of the field will be set to go in what should be an exciting and fast paced opener.

Even with a couple of the more established drivers missing from the entry list it is still a strong line up and the competition at the front during the heats and in the A-Main will be wide open. Mount Gambier duo Mitch Broome and Kirby Hillier will be among the favourites along with Ryan Alexander, who will concentrate more on open wheeled racing this season, Hayden Vickers, Tyson Martin, Anthony Tapley, Ryan Furler and Brent Fox.

After a season off established front runners Matthew Kennedy and Cory Hodgson will make a return, with both drivers turning laps at practice therefore it won’t take them long to be back on the pace that we have expected from them in the past. Although he didn’t make it out at the practice event Michael “Spike” Spoljaric is also back after a short break and he is sure to mix it up towards the front with his hard charging driving style.

The field will also see several rookies make their debut in the class including former Junior Sedan racer Kirra-Lee Pitcher, who will join her sisters making it a three car Pitcher Racing Team. Kirra-Lee will race with the number 57, the number that Family friend Robert Heard used so successfully in the past. The field will also be bolstered by young Dirt-Kart stars Jenna Kervers, who will drive the Charlson Motorsports #18, and James Rodda.

Gates into the Murray Bridge Speedway open at 4pm with the on track action beginning at 5pm.