Stroll out to make flying start in Euro F3

Stroll out to make flying start in Euro F3 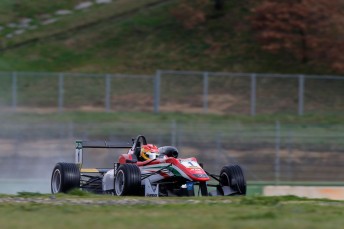 MEDIA RELEASE: Lance Stroll begins his quest for the 2016 FIA Formula 3 European Championship title when he contests the opening races next weekend (2-3 Apr).

Stroll, who finished fifth in his first Euro F3 season after scoring 17 top-six finishes including one win from 33 races last year, competes for the highly-respected Italian Prema team for a third successive year having won the 2014 Italian Formula 4 Championship.

Lance is a member of the Williams Young Driver Development Programme and will be making his race debut on the fast, sweeping 3.841-km track located near Marseille in Southern France having tested an F3 car at the venue last year.

An official test day is scheduled for Thursday (31 Mar) while the three-day event proper gets underway the following day with two practice sessions prior to two qualifying time trials that set the grid positions for the three races that each last 33 minutes plus one lap.

A field of 24-cars is expected to contest the Paul Ricard event – the first of 10 that run through until mid-October and feature a total of 30 races – while Stroll is the only Canadian in the entry.