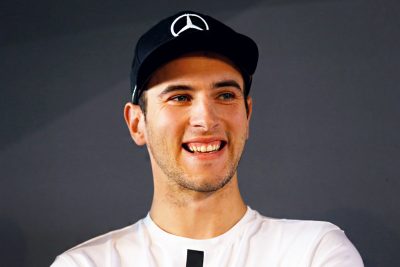 Strakka Racing has confirmed it has signed Mercedes-AMG DTM reserve driver Christian Vietoris for its third car driver line-up for the Blancpain GT Series Endurance Cup. Joining him in the car at the opening round of the Championship at Monza are ex-DTM driver Adrien Tambay and Strakka regular David Fumanelli.

The Silverstone-based team will debut their three Mercedes-AMG GT3s at Monza on 20th-22nd April. The trio are set to drive the team’s third car and will be joining teammates Leventis, Williamson and Buncombe in the PRO-AM entry, alongside Götz, Buhk and Parente in another all PRO car.

Mercedes-AMG DTM reserve driver Vietoris added “I’m excited to be joining Strakka Racing for the season competing in the Blancpain GT Series Endurance Cup campaign in the Mercedes-AMG GT3 car. I believe we have great potential on track and I’m determined to give it all I’ve got.”

Strakka’s Racing Director, Jay Davenport, commented “We are delighted to have secured Christian to drive for us in the Blancpain GT Series Endurance Cup. Along with Adrien and David, we feel this makes a formidable line up capable of running at the front. Our aim for Monza is to be the top Mercedes team in both PRO and PRO-AM.”