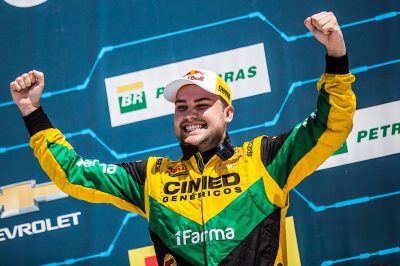 Strakka Racing have confirmed they have signed Brazilian V8 Stock Car driver Felipe Fraga for the Paul Ricard BGTS Endurance Cup, which marks the third round of the 2018 season. The 2016 Stock Car Brasil Champion will be piloting an all-PRO Mercedes-AMG GT3 car at the Circuit Paul Ricard 1000km on 2nd – 3rd June, alongside ex-DTM drivers Christian Vietoris and Adrien Tambay.

Felipe commented: “It’s a great opportunity to be joining Strakka at Paul Ricard and I’m excited for my first assault in the Mercedes-AMG GT3. I will give it my all and I hope to secure some great results for the team. I would like to thank Strakka for the opportunity.”

Strakka’s Racing Director commented: “We are delighted to have secured Felipe in the car for Paul Ricard. With his success in V8 Brazilian Stock Cars, we are confident that Felipe will be a great addition to the team. With the proven Mercedes-AMG GT3, we have a car that is capable of winning, and we will do our utmost to build on our recent achievements.”

Strakka are competing in the full BGTS Endurance Cup in 2018 and Intercontinental GT Challenge, which covers several rounds across the globe and within Europe.