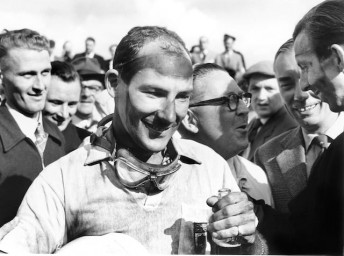 MEDIA RELEASE: Classic & Sports Car – The London Show is delighted to announce, as a complement to its ‘Best of British’ theme, a display of important British single-seaters raced by ‘Mr Motor Racing’ Sir Stirling Moss.

While Moss raced hundreds of different machines in dozens of different categories, including single-seaters, touring cars, sportscars and rally cars, all over the world in his spectacular career, it was his dedication to promoting Britain and its racing industry that was unrivalled.

So much so that he would use his outrageous skill to compensate for often less-competitive machinery in his patriotic pursuits.

To recognise that loyalty, organisers of Classic & Sports Car – The London Show are gathering a selection of important British single-seaters with genuine Stirling Moss history to which visitors will be able to get up close.

Like many a racing driver, Moss learned his trade in the smaller-engined Formulae. In fact, the maestro was one of the first customers of the Cooper Car Company, visiting the Surbiton works in Surrey to buy a Mk2, later upgrading to MkIII and MkIV, and reprising his role with the marque in Formula One with Rob Walker. Moss took a dominant win on the streets of Monaco with this car in 1950.

Used by Moss to take his second World Championship Monaco Grand Prix victory in 1960 – his first had come with Maserati in 1956 – the Lotus 18 was a fast and lightweight machine perfect for Moss to demonstrate his skills.

On that May day 55 years ago, he beat the Cooper of Bruce McLaren, who’d won the season-opening GP in Argentina a few months earlier, by almost a minute in the Climax-engined racer. It is now campaigned in historic events by collector and enthusiast Stephen Bond.

The P99, brainchild of legendary tractor manufacturer Harry Ferguson, was the first four-wheel-drive single-seater to win a Formula One race, thanks to Moss triumphing in the non-championship Gold Cup at Oulton Park in September 1961.

That day, Moss took the unique machine to a 45-second victory over the Coopers of Jack Brabham and Bruce McLaren. The car is now owned and raced by Stuart Rolt, son of former Jaguar Le Mans 24 Hours winner Tony Rolt.

Moss had made Formula One World Championship history in 1955 by becoming the first British driver to win the British Grand Prix, when he took the Mercedes W196 to victory at Aintree. Two years later he added yet another accolade to his CV by becoming the first to win at home in a British car.

When his own VW1 chassis expired with engine failure, he took over the sister car, VW4, of Tony Brooks. Still feeling the effects of his crash for Aston Martin at Le Mans, Brooks gave up his car for Moss to stage one of his legendary charges.

Further details of the Stirling Moss single-seater display at Classic & Sports Car – The London Show will be revealed over the coming weeks.

It’s particularly appropriate that they should be British, since the ‘Best of British’ theme runs through the inaugural Classic & Sports Car – The London Show.

The display brings extra kudos to the show and we hope visitors are captivated by these iconic machines. Our sincere thanks to the owners of the cars for entrusting them to us – and thanks to Sir Stirling Moss, of course, for making them famous in the first place.”

Stirling Moss: “It’s great to hear that Classic & Sports Car – The London Show has chosen to display four of the cars that were so important to me during my career. The little Cooper takes me back to the very start when I first started to climb the single-seater ladder. 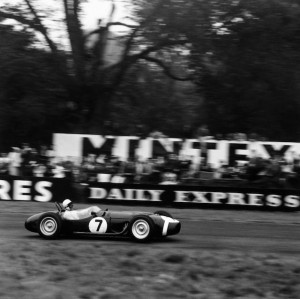 “And what can you say about the Lotus 18, run by my friend Rob Walker. To win at Monaco in a privately run car was very special. And I did it again the following year.

“The Ferguson was a unique machine. It’s a shame the technology didn’t take off, but it was good to get a win with it at Oulton Park, while we could. I’ll always be fond of the Fergie.

“I love the Vanwall. Tony Vandervell was a charismatic character all right, and built cars that beat Ferrari. Winning your home grand prix in a British car, as I did with Tony [Brooks] in 1957, was a very big deal and remains one of the highlights of my career. I hope everyone enjoys seeing the cars in the famous Alexandra Palace and wish the inaugural event every success.”

Classic & Sports Car – The London Show will feature more than 300 of the world’s most prestigious classic cars from world-famous collectors and world-renowned classic car retailers. Organised by Classic & Sports Car, the world’s best-selling classic car magazine, The London Show will also announce the results of its worldwide poll to find the Best British Car Ever. More incredible features will be revealed over the coming weeks.

Tickets for Classic & Sports Car – The London Show are now on sale, visit www.classicandsportscarshow.comor call 0844 581 1275 to book yours.