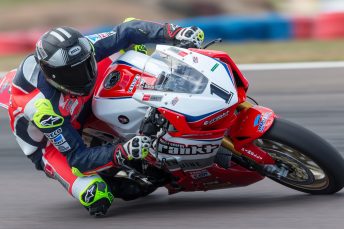 Martin shared; “Morgan Park Raceway is one of the most technical circuits on the ASBK calendar, and is quite similar to Wakefield Park Raceway which we visited at Round 2,” according to Martin. “There are plenty of blind corner entries, so track knowledge is crucial. The good news is, that all the major contenders were present at the Official ASBK Test at Morgan Park Raceway on August 09 & 10, so they should be acclimatised to the track.

“The track has recently been resurfaced, so we should see super-fast lap times, stated Martin. “However, the surface itself could still be a little bumpy, so it will be imperative to optimise suspension dampening and rebound settings to cope. Tyre choice will also come into play as always. Pirelli have dominated this season in stellar fashion, with their ability to withstand the harsh punishment that a Superbike dishes out. With very little data available with the new surface, results could be fascinating. We will see plenty of teams attempt full race simulations over the course of Friday’s practice sessions.

“The Hondas were very strong at Morgan Park Raceway last year of course, but Yamaha Racing Team have been working hard to make sure a similar result does not happen again in 2017,” Martin was quick to point out. “However, with the new Honda CBR1000SP2 at Troy Herfoss’ (Crankt Protein Honda Racing Team) disposal, he will be tough to beat.”

“Wayne Maxwell (Yamaha Racing Team, YZF-R1) was fastest in the recent Official ASBK Test on Pirelli tyres, but he needs to be if he wants to claim the title in 2017,” Martin stated. “He can’t afford for Herfoss to take another win and walk into the distance. We have three rounds remaining and Maxwell will need to be inch perfect in all of them. If there is anyone that can rise against the odds, it will be Maxwell.

“At the start of the year, we kept on calling Robbie Bugden (Kawasaki BCperformance, ZX-10R) the underdog. We have to stop calling him that because he has proven to be a real contender in 2017. The Kawasaki has been very strong and consistent in every race and BCperformance can be very pleased with how the year has transpired. Perhaps now that he’s residing second in the standings, people will really sit up and take serious notice of the accomplished and seasoned rider.

“The real dark horse of Round 5 everyone needs to watch out for is Corey Turner (Desmosport Ducati, 1299 Panigale). His performance at Round 4 Hidden Valley Raceway was outstanding on his privateer Yamaha, but with Morgan Park Raceway being his home track, I’m sure that he’s going to go out there and try to make a name for himself on the Ducati. He’s already proven that he can be both fast and consistent. Troy Bayliss and Team Manager Ben Henry may have pulled off a masterstroke by having him replace the injured Callum Spriggs for the rest of the season.” Martin finished.

Tickets for Morgan Park Raceway in Queensland are now available for purchase online. Snap up your tickets for Round 5 today by clicking here!