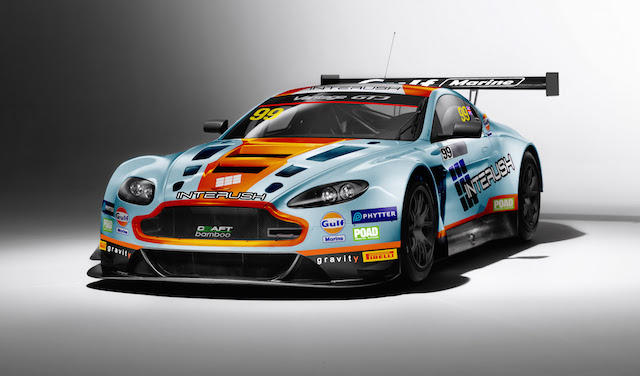 With a trio of professional drivers and factory backed cars at their disposal, Craft-Bamboo Racing are focused on taking the first ever FIA GT World Cup title.

Flown directly from Aston Martin Racing’s headquarters in Banbury in the United Kingdom, Mücke will drive the #97 W11.com title sponsored Aston Martin V12 Vantage GT3, which will also be supported by Gravity.

Mücke, an Aston Martin works driver since 2008 and Craft-Bamboo Racing season regular has valuable experience at the legendary Guia circuit in Macau.

He raced with the team in the GT Asia Series in 2013 and after enjoying success, joined them once again for the 2014 season. With two podiums at Le Mans in the Aston Martin Vantage GTE in 2012 and 2013 and third place in the WEC drivers’ championship, Mücke is one of the most experienced Aston Martin drivers on the planet and will be tough to beat around the formidable streets of Macau.

Richard Lyons will pilot the #99 Interush Aston Martin which he drives in the GT Asia Series for Craft-Bamboo Racing. Now joined by Gulf Marine, the car will display an updated design that will bring the iconic Gulf livery onto the streets of Macau, evoking memories of famed racers from the past. Lyons is a championship winning driver who has claimed multiple podiums and many of the fastest laps of the race so far this season, proving how devastatingly quick he can be behind the wheel.

Lyons will be looking to bring his rapid pace and years of international GT experience to the 6.2km long street circuit in November with the sole intention of conquering the world class competition.

The FIA GT World Cup will be held at the Guia Circuit in Macau from November 19-22. The top two cars from each manufacturer will be scored against a Formula One style points system to determine the inaugural winner. 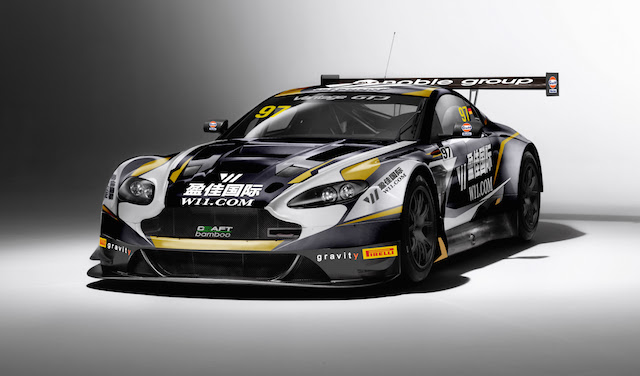 “It is great to be back in Macau this year. It is an amazing event on the craziest street circuit and will be my second race with Craft-Bamboo in 2015. After our podium finish in Bathurst we want to be at the very top of the podium in the FIA GT World Cup final.”

“I never thought I would get the chance to race at the inaugural FIA GT World Cup in Macau. This is a fantastic opportunity for me and I will be focused on delivering the best results in the hope of being able to take the overall title. Working with Craft-Bamboo Racing this year has shown me what a professional team they are and this gives me even more confidence that we can be successful in November.”

“To represent Aston Martin at the inaugural FIA GT World Cup in Macau is an incredible opportunity and recognition of Craft-Bamboo Racing’s official technical partnership with the marque in Asia. Stefan Mücke and Richard Lyons are very accomplished GT drivers with a wealth of experience in the Aston Martin, both having raced with us before and enjoying great success.

“With three top drivers, including the multiple Macau GT champion, Darryl O’Young, and three factory backed cars, we will be looking to be at the front of the FIA GT World Cup title in November.”