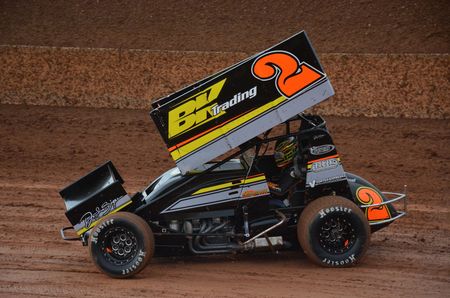 Despite the very best laid plans of series organisers and significant interest from teams, the ongoing uncertainty over border restrictions and other COVID-induced logistical hurdles forced the cancellation of the 2021/2022 World Series Sprintcar Championship. However, resolute in their determination to deliver top quality Sprintcar racing to fans around the country, Speedway Australia will again deliver a series of state-based competitions that will give race fans the opportunity to see their local heroes face off against the best from interstate, while also offering plenty of prizemoney and elite competition for participating drivers.

As such, eight nights of competition have been scheduled across Queensland and New South Wales over a period of 11 days in January, with a $10 000 payout on offer to the winner of the 2022 State Series (QLD/NSW) in addition to the more than $110 000 in prizemoney up for grabs across the six rounds of racing. Five different venues will host series rounds, with the final slated for two spectacular nights at the brand new Eastern Creek Speedway in Sydney.

The series will get underway at Archerfield Speedway on Wednesday, January 5, with round two also to be decided at the Brisbane venue, doubling as the $10 000-to-win Brisbane Open over two nights on Friday/Saturday, January 7 and 8. Given the high quality of racing witnessed at Archerfield so far this season, the prospect of numerous interstate raiders rolling into town in a bid to try and upstage the locals is a mouth watering prospect that promises to deliver myriad memorable moments. From Brisbane, teams head west for round three at Toowoomba Speedway on Sunday night (January 9), and then convene at Maryborough Speedway on Monday night (January 10) for round four.

Teams will no doubt use a break in competition on Tuesday night (January 11) to refresh and regroup before they trek south across the border into New South Wales. Round five will subsequently be decided at Lismore Speedway on Wednesday evening (January 12), before culminating with the $10 000-to-win Grand Final at Eastern Creek Speedway over two huge nights on January 14 and 15. With restrictions having made interstate travel all but impossible over the last couple of seasons, it is expected that numerous teams from New South Wales will contest the series, embracing the opportunity to finally get back on track given their lack of local racing since the closure of the Parramatta circuit, while teams from north of the border will no doubt embrace the opportunity to compete at the brand spanking new state-of-the-art eastern Creek facility.