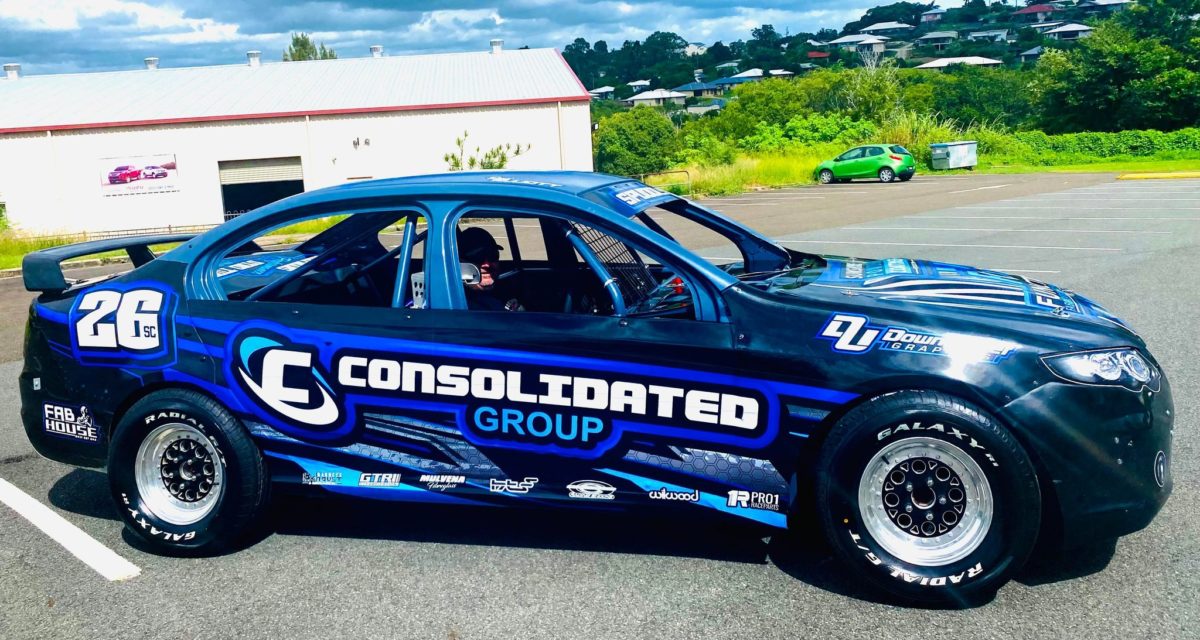 James Elliott is looking forward to a big night at Kingaroy this Saturday in his new FG Ford Falcon Speedway Sedans Australia Production Sedan after spending some time meticulously preparing the beautiful looking race car for his return to the dirt.

After building the race engine himself, the car will get its first run at this weekend’s Autumn Extravaganza Elliott will compete with fifty other drivers in what will be his one and only chance at a run before the running of this year’s national title. It has been a long wait since his last race at the Kurt Murdoch Memorial at Maryborough in 2020.

“I’m excited to return to racing after a lay off with work commitments and of course covid. I’ve spent a lot of time and hours on this car in house. Tinkering with the build to see it look as good as it does. Definitely surprised me. I cannot do it without support from my awesome fiancé Di and all my family and friends” Shared Elliott. The awesome fiancé is Di Chandler and both Di and well-known Speedway identity ‘Harmy’ (Josh Harm) are his crew.

Competition is going to fierce as the Production Sedans continues its rapid rise in popularity in Queensland and Elliott has set himself an achievable goal for the first show. “I have to get laps into this engine and into me. So I am under no illusion that I am going to be breaking records. I want to see if I can hold my own in battles with race hardened competitors, make sure the engine gets laps and focus on our set up this week and take data away with us to go to the title and really race. So let’s just say with fifty cars, I want to make the B main and get as many laps in as I possibly can.” Explained Elliott.

Elliott hopes to see race fans and the other competitors this weekend, so introduce yourself as you come and see the Sunshine Coast registered #26. You cannot miss it Joel Berkley has done a sensational job of the design.