Sprintcars back on track at Archerfield

Sprintcars back on track at Archerfield 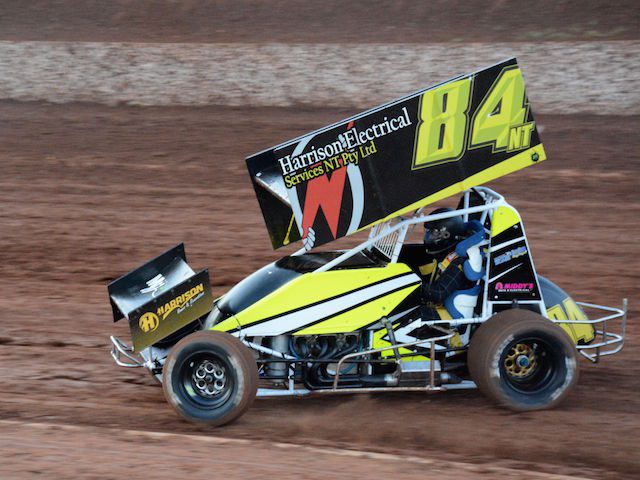 MEDIA RELEASE: After a hectic start to the season that saw Sprintcar teams racing for five consecutive weeks, a much needed break last weekend should see drivers and crews refreshed and ready to rumble in round four of the 2016/2017 Sprintcar Track Championship at Ausdeck Patios Archerfield Speedway this Saturday night (October 29).

Another 25+ car field has nominated for competition, including previous round winner Luke Oldfield and defending track champion Andrew Scheuerle.

Whilst Oldfield might rue the break in competition given the great run of form he was enjoying in the weeks prior, the break might prove a godsend for Scheuerle.

Having won round two to move to the top of the series standings, round three proved a complete contrast for Scheurerle as he failed to make any impression and he found himself a lap in arrears at the completion of what was a chaotic feature race.

Scheuerle will have no doubt taken full advantage of the week off to regroup and make the necessary changes to put himself back at the front of the field.

Whilst Oldfield has been the form driver so far this season, there have been several other impressive performers in the early rounds, including Brent Kratzmann and teenager Mitchell Gee.

Kratzmann has finished no worse than fourth in the three track championship rounds completed thus far and was sensational in his surge into second spot in the most recent event two weeks ago.

Having taken over the drive for the Titan Garages team this season, Gee has risen to the challenge to secure podium finishes in the previous two rounds.

Other standouts in the early weeks of the season who will hit the track again this Saturday include Toowoomba’s Peter Lack, Ben Hilder and another couple of young guns in Callum Walker and Jayden Peacock, while the likes of Lachlan McHugh and Kevin Titman are yet to find their best form and will be looking to use this weekend as the first step in their re-emergence as consistent feature race contenders.

Northern Territory racer Chris Harrison returns again this week and will be hoping for a better run of luck than he has enjoyed thus far in his Queensland campaign, with Andrew Liebke, Steven Johnson and Brock Dean making their first appearance for the season.

Compact Speedcars have again promised a big field of cars to continue what has been a strong start to their season.

Not only have there been good car counts each week, but the racing has been of a high quality even though Australian champ Darren Vine remains very hard to beat.

In addition to the usual front runners such as Vine, Rob Stewart and Wayne Corbett, others in the 18-car field to impress so far this season include Dave Collins, Kristin Brown, Nick Gannon and Emma Harris.

After an impressive showing at the first show of the season, AMCA Nationals return with a solid 16-car field for round two of their Shock Absorber Therapy Track Championship.

Victorian titleholder Steve Potts scored a narrow win in round one over Jason Molle and Thomas Vickery with all three drivers resuming their battle this weekend.

Also on Saturday night’s program are Formula 500 Juniors and Ford vs Holden vs Sigma Sedans, with gates opening at 4.00pm with early racing from 4.45pm. Sprintcars hit the track for qualifying from 5.30pm and the main program kicks off at 6.00pm.