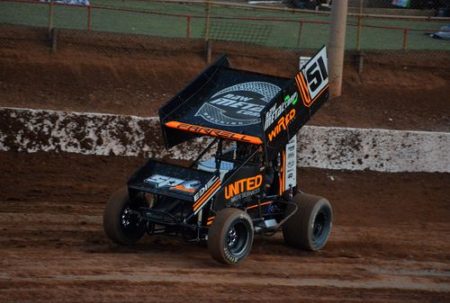 With rain ruining round three of the East Coast Logistics Track Championship last weekend, Sprintcar teams will be itching to hit the track at Archerfield Speedway this Saturday night (November 6). Whilst the level of competition in the opening two rounds of the ECL championship has been sensational, there are three drivers who have stood tall as the benchmark performers in the early weeks of the season. Luke Oldfield and Jock Goodyer have scored a win apiece in feature race action, while Lachlan McHugh has finished second in both rounds thus far. In fact, with Oldfield following his opening round success with a third-place result in round two, the only other driver to have thus far finished on the feature race podium is Cody Maroske, leaving more than 30 other drivers with everything to prove and little to lose when they hit the track this Saturday night.

Whilst Sprintcars are again expected to deliver something special, there is plenty on the menu to satisfy sedan fans as well, with round three of the McCosker Super Sedan Series expected to serve up some spectacular action, while Production Sedans will make their first ever appearance at Archerfield. Rounding out another packed program will be round two of the Shock Absorber Therapy AMCA Nationals Track Championship and the latest round of the Compact Speedcar Club Championship.

Ryan Newton is no doubt frustrated about the rain-induced delay in returning to the track, the extra week on the sidelines coming just as the youngster had announced himself as a serious threat with a stunning run in round two that saw him outpace McHugh, Goodyer and Oldfield to win the Dash and qualify on pole position for the feature race. Having only transitioned from Formula 500s late last season, Newton joins a long line of talented young drivers who have made an instant impact upon stepping into the Sprintcar ranks and, whilst he ultimately finished sixth at the previous round, he upstaged plenty who possess infinitely more experience and it seems inevitable that a podium appearance is not far away.

Of the others nominated for this weekend, only Brent Kratzmann, Bryan Mann and former track champion Aaron Kelly have finished inside the top five, while others who might typically be expected feature in the thick of the action near the front of the field, such as Kevin Titman, Ryan McNamara, Allan Woods and Randy Morgan, are yet to hit their straps and will be looking to stop the rot on Saturday night. Throw in the experience of Darren Jensen and the increasingly competitive Adam Butler, along with the likes of Tim Farrell, Taylor Prosser, Mark Pholi, Kristy Bonsey and Toowoomba’s Nicholas Whell, all of whom have proven that, in the right circumstances, they are most capable of mixing it with the best in the business, and the scene is set for another epic showdown.

Anytime Super Sedans appear at Archerfield, if Matt Pascoe is amongst the entries, the rest of the field tend to find themselves fighting over second position. That was certainly the case when Pascoe was masterful in winning the GP50 here last season and he heads into this weekend fresh from a feature race win in Toowoomba. Despite piloting an unfamiliar car for the Ian Boettcher Race Parts ream, Pascoe was unstoppable in Toowoomba and added yet another feature race trophy to an already extensive collection of silverware that include numerous state and national championship successes. In fact, Pascoe is one of three national championship winners in the field, with Steve Jordan and Victorian veteran Michael Nicola also amongst the entries. Pascoe aside, Sean Black has been the most consistently successful driver in the Queensland Super Sedan ranks for the last couple of seasons and he also has a feature win already this season, while Wayne Randall brings a wealth of experience and nationwide success into proceedings. Add former Queensland Sprintcar champion Mitchell Gee into the mix, along with a couple of young guns in Brad Pascoe and Hayden Brims, who was sensational in advancing from the back of the field to finish third in Toowoomba, and the feature race is shaping as something special.

Although down a little from the strong numbers we typically see from the AMCA Nationals, there has been little reduction in the quality of the assemblage vying for round two honours in the Shock Absorber Therapy Track Championship. Both Bruce Marshall and Nathan Tomkins, having finished first and second respectively in the opening round are back again to continue their stoush, with perpetual category contenders in Steve Potts and Steve Price both looking to bounce back in a big way after neither went the distance in round one. The presence of Brett Robotham, Kevin Stow and Graeme Holland, along with Lee McKinnell aboard the car his father powered onto the podium in round one, will ensure that any success will be hard earned.

Making their first ever appearance at Archerfield, 19 Production Sedans will hit the track, presented by Clarko’s Performance. Current Queensland champion Joel Berkley is obviously the favourite heading into the event, although Gladstone’s Richard Cook will be in a confident frame of mind on the back of a win in Rockhampton last weekend. In a category that is notoriously competitive, the fact that drivers such as Adrian Stott, Darran Lester, David Clarkson, Michael Mason and Jeff Peacock have experience at Archerfield in other racing divisions might prove very beneficial indeed. In addition to the category regulars who ply their trade at tracks across Queensland and are not doubt relishing the opportunity to perform on the big stage, an interesting inclusion in the nominations is current Australian Modlite champion Sam Gollschewsky, who will be hard to beat if he can produce the type of barnstorming display that typifies his approach to Modlite competition.

Returning to the fold after his first foray into Sprintcar competition a couple of weeks ago, Harry Stewart will take on Bodie Smith in the Compact Speedcar events, with Stewart hopefully able to offer up more resistance than Smith encountered in his opening round romp. Mat O’Neill, Dave Collins, Steve Swingler and Richard Treanor will likely be amongst those fighting to grab any opportunity that arises should Smith or Stewart falter.

Gates open at 3.00pm for online ticketholders, with early racing from 4.30pm and the main program getting underway at 6.00pm. For those unable to purchase tickets online, the ticket box will open from 4.00pm