Sprintcar racing to fill the banks this weekend at Rushworth Speedway

Sprintcar racing to fill the banks this weekend at Rushworth Speedway

This Saturday and Sunday, Goulburn Valley motorsport fans will get to see all the thrills and spills of the very fast Sprintcars with eighteen of the Chevrolet powered machines leading the two day weekend which includes the visiting Mini Sprints, Victorian Speedway Council Juniors and all of our local sedan heroes including the Open, Production, Ladies and Junior Sedans.

Sprintcar nominations include the brand-new Victorian Champion Dennis Jones and his teammate Justin Barton who finished runner up a couple weeks ago in Bairnsdale. They will have terrific competition from several very quick race drivers that include Shane Steenholdt who had won everything prior to the Victorian title, Chris Rodda, Adam Greenwood, Shane Stevens, Shaun Lyness, Alistair Bastian and David McKay. 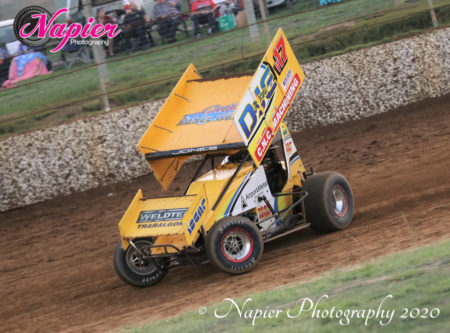 Picking a weekend winner is a difficult proposition, however Jones on the back of his state title victory wants to let everybody know why he has that coveted plate. It could be an opportunity for one of the newer drivers in the line-up to establish themselves at a venue the class comes to once a season, even more reason fans should not miss out.

R & K Alignment and Exhaust supported Mini Sprintcar action for the weekend is across two race days with a couple of racers from Sydney including the current Victorian champion Danny Stone joining the Victorians that include Michael Conway, Andrew Burleigh two of Victoria’s best and a host of local Goulburn Valley race drivers in the class including Ally Moore, Scott Burchett, Maureen Sell and Rahmon Rivero.

The Open Saloon field will see Adam Box return to the line-up after missing out the last meeting a couple weeks ago. Peter Welch returns after finishing second at that meeting and the winning car will return with a new driver, Johnny Rayner. Box will be keen to return to the winners list however Welch was close to picking up an elusive win and has the motivation to go one better. Braiden Simmonds, Bevan Hutchins, Mark Bergman and Troy Britton are others to keep an eye on across two nights.

Some smaller fields of entrants in the Ladies and Goulburn Valley Juniors will still provide some great action. Kelly Lamb is officially in her last race meeting, she will want to win as she did a fortnight ago. However, Jas Bergman will keep her honest and in Junior Sedans it is hard to look past Bradin Claridge as far as victory is concerned.

Production Sedan racing was once again very close at the last show. Michael Boyle won however look for Jason Ahearn, Neil Johnson, Shane Hutchins and the current class champion Leigh Jeffery to be some of the competitors to put the pressure on Boyle in the hope of securing the win.

The Victorian Junior Sedan Series for Victorian Speedway Council race drivers are busy at the moment. Alexandra last week, Nagambie this Saturday night and Sunday at Rushworth where our own Bradin Claridge is a strong competitor. The toughest to beat at the moment is Dylan Barrow and that situation will once again be the case. Throw in Dillon Taylor and Connor Donegan another two very fast race drivers and it will be excellent racing from the Juniors.