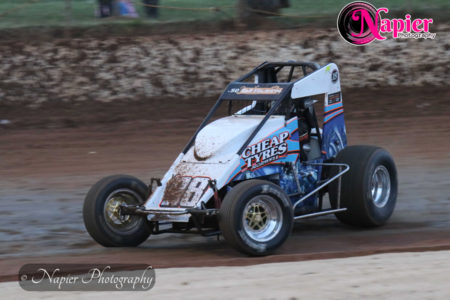 This Saturday night Alexandra Speedway has attracted some of the state’s fastest Sports Sedans to a feature event along with thirty Wingless Sprints returning to the venue after a lot of work has been done to the facility since they last appeared at the huge track in the valley.

The High Country Cranes supported Sports Sedans bring fast wheeling action with powerful modified engines in Commodores and Falcons, with many cars powered by Chevrolet LS engines. Some of the fastest competitors in the line-up include the Miller brothers Damien and Brendon from Melbourne’s South East, Lee Beach from Ferntree Gully and Josh Service from Lilydale, Dale Smith and Shane Kruger all from the eastern suburbs.

The event has attracted some competition from the Goulburn Valley, Wangaratta areas and other clubs such as Drouin and Nyora. With the classes Victorian title at the venue soon, the hit out is important for set up research and trying new things, whilst still trying to be competitive in the nights racing. The Miller boys are hard to look past, however Service and Beach in particular who have both won in the brothers absence, will be keen to get a win on the board with them in the same field to gauge where they are at performance wise.

In Wingless Sprints, thirty cars have nominated for the AIO Contracting supported AIO Cup. Some of the favourites based on racing history include, Matt Mills, Wayne Logue, Chris Halesworth, Brad Warren and Peter Logue. Halesworth is a recent race winner to watch and Sisters Kasey and Jessie Garlick who did much of their Junior racing at the Alexandra club return to see if they can defend their territory.

There are three members of the Logue family racing it is not beyond one of them to win this event however Brad Warren has done the most laps around Alexandra of any of the favourites and this should see him somewhere in the pointy end come feature time. The return of the Wingless Sprints could see an explosion of the class here in the Eastern Suburbs, especially if they love Alexandra and wish to return.

Supporting the two feature classes will be all our Junior Sedan classes.

Racing starts from 4pm this Saturday, gates are open from Midday at a cost of $50 for a family of 2 adults and 3 children between the ages of 10 to 16, $20 per adult and $10 for children aged 10 to 16 and aged and invalid pensioners. Children under 10 years of age enter for free