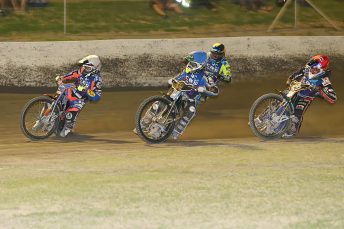 The Australian Speedway Senior Solo Championship is back and ready to kick it up a gear, in 2018 we will see Australia’s best battle it out to take home the title.

The field includes returning champion Sam Masters who will have his hands full trying to retain his title, with the likes of Justin Sedgmen, Max Fricke and Rohan Tungate hot on his heels.

2017 Australian Speedway Senior Solo Championship winner Sam Masters shared; “I’m feeling good coming into the 2018 championship as I’ve been training harder than ever before, but speedway is a very unpredictable sport so we just never know what can happen.”