Speedways final weekend of the season at Blue Ribbon Raceway

Speedways final weekend of the season at Blue Ribbon Raceway 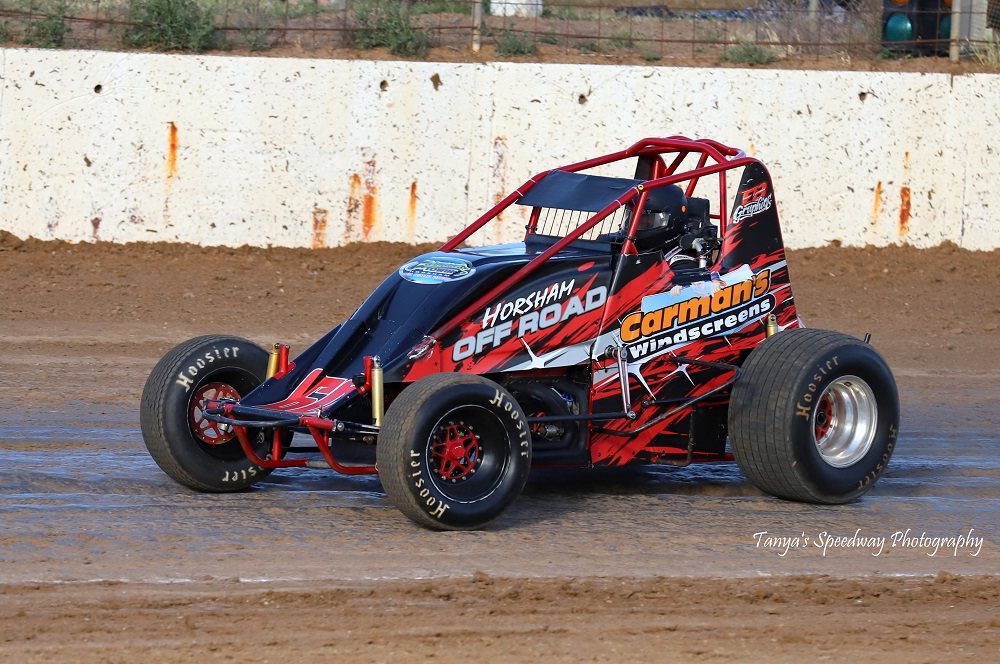 This Saturday and Sunday the Horsham Speedway Club will hold their final show of the season with the Wingless Sprints Classic the main event of the weekend attracting cars from South Australia and around Victoria to compete whilst Street Stocks, Production Sedans, Limited Sportsman, Junior Sedans and Vintage also will entertain the motorsport enthusiasts of the Wimmera.

Racing on Saturday starts at 3pm and on Sunday at 1pm to allow families to get out of the cold earlier than usual. Finishing time should be around 8pm Saturday and 6pm on Sunday.

Competitors in the Wingless Sprint Classic will be aiming for a big win to end the season. Robert Whiteside, BJ Harris, Mick Rigby, Chris Ansell, Jason Bolitho, Jeremy Beddison, Jake Warren, Steven Hateley, Kelvin Johnson, Kahn Aston, Geoff Cook and Mark and Blake Walsh are just some of the competitors who could be in the front bunch in the feature event on Sunday. Bolitho has a win at Swan Hill recently to show the rest of the field he is one to watch whilst Beddison and Hateley would love to win in front of their home crowd, both race drivers are Horsham business-men.

In Street Stocks, expect Scott Purdie, Ricky Throckmorton and Jenson Wilson to be in amongst the front-runners with Chris Hay who has been strong at Daylesford this season keen on a podium result and our very own Aston Hurley champing at the bit to run locally against the competition.

Victorian Champion Benny Barker leads the Production Sedan nominations this weekend with a tough line-up ready to hustle for the win. Graham Gerlach, Dean Hughes, and team Queale would like to keep the trophies in Horsham whilst Dehne Sparrow and Colby Hamilton from Hamilton would like to take it home with them.

A handful of Junior Sedans will compete with Blake Glynn, Jake Bradley and Miller Throckmorton all very quick whilst our own Rebecca Johnstone will line up in the developing New Stars field hoping to come out on the top for the weekend.

Another Victorian champion heads the field, this time in the Limited Sportsman ‘Blue Ribbon Classic’ with Jock Baker. Bowen Donkers from Portland and Dylan Anton from Hamilton are a couple of drivers that will challenge Baker along with the likes of Stephen Purchase and Rod Hetherington also Horsham members with Baker.

Luke James and Tim Driller lead the V8 Truck entrants with everybody trying to get a win over James and the Vintage Sedans and Hot Rods will also entertain the crowd across the weekend.

Admission prices are Adults $25, Pensioners $20, Students aged 12 to 16 $15 kids under 12 years of age are free. A family ticket of two adults, and two children above the age of 12 to 16 is $60. Members with proof of membership receive a $5 discount on their entrance fee. Cash only, Eftpos is available.