Speedway underway again this Saturday, all roads lead to Nyora

Speedway underway again this Saturday, all roads lead to Nyora 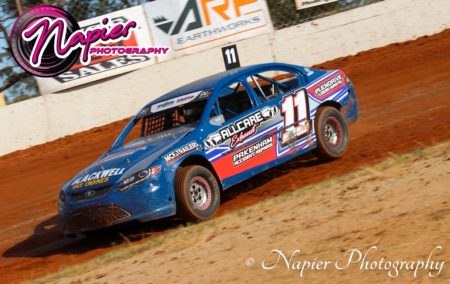 This Saturday from early afternoon into the evening, Nyora Raceway fires up under the sound of race engines as drivers from across Victoria and even a lone New South Welshman head to Nyora Recreational Reserve for the resumption after Covid of Speedway racing in Victoria.

Nyora Raceway have most of their regular classes on the schedule along with the invited AMCA Nationals and the Mini Sprints. A mini feature event for the Sports Sedans has seen a great little field of modified race sedans nominate to compete also.

The AMCA Nationals with most of their competitors powered by 350 Chevrolet crate engines have not been to Nyora for a few seasons and are excited about being back at one of the original supporting clubs of their category. Frank Thierry is travelling from Mildura, others from West of Melbourne and Bendigo. Watch for Frank Thierry, Grant Cullinger and Steve Lodwick amongst others to be at the front.

In Sports Sedan action there is a number of Nyora members that are likely to figure in the finale vying for the cash. Scott Angus and Simon Bent are two local members who know about winning races at Nyora, and they are sure to be amongst the action. Peter Angus and brothers Jayde and Chris Aarts are others. Visiting drivers Josh Service and Andrew Jordan are another two very capable of picking up the victory. Service has won at Nyora previously.

The Division 2 Hot Rod category is also in action with a number of drivers in line for the first win of the season. Daniel Angus is the favoured local driver with Troy Hutchison and Rob Tatterson a couple of others with recent podium results in competition.

Junior Standard Saloon racing will see the likes of Nathan Miles, Harry & Owen Cecil, Zac Barwise and Hunter Carey just some of the drivers vying for a top three result. Harry and Owen Cecil very consistent in finishing on the winner’s podium in the last couple of seasons.

The Open Standard Saloon category will also compete with the likes of Chris Miles, Matt Leek, Bailey Perkins, and Rhys Lansdown just some of the club members that may go home with the first victory of the season. Lansdown the best credentialed of the quartet starts favourite.

A small field of Ladies has entered to start the season, with many race drivers affected by Covid with regards to working on their race cars and being ready for the season. Maddie Miles a former Nyora Junior of last season makes her adult debut, and she will be racing with a handful of Ladies representing the Bairnsdale club.

National Sedan racing is also on the schedule in the form of Junior Sedans up to 1500cc. Jack Randall and Maddy Capon have proven to be front of the field racers during last season and they start favourites with the likes of Nathan Miles again as he does double duty on the night, Matilda Farrell and Jessica O’Donnell all hoping to get the win for Nyora.

Mini Sprintcar action is also slated with a National title for the Lighting Sprints governing body of which the Mini Sprintcars are a member, happening at Nyora this season. Sydney’s Danny Stone a former Victorian champion is down to get some laps in at Nyora and a number of drivers expected to figure in a couple of race categories this year and the national title have also joined the field, Daniel James, and Michael Conway.

Mini Sprint regulars such as Andrew Burleigh, Ally Moore, Maureen Sell and Rahmon Rivero will all be vying to win and keep the victory amongst those scheduled to race a full Victorian Mini Sprint season.

All the action on Saturday starts at 4pm whilst the gate will be open for public from around 10am for entry will cost $20 for an adult, Kids 12 to 16 are $10 each whilst all other children are free and Seniors are $10, Family ticket of two adults and two kids 12 to 16 is $50.