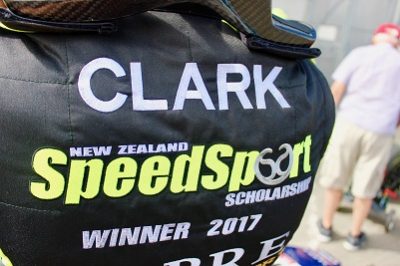 Entries for the 2018 SpeedSport Star of Tomorrow Motor Racing Scholarship are now open and the stakes are even higher this year with the inclusion of a Formula 4 test to the prize package.

More recently recipients of the Scholarship have included Australian Formula 4 runner-up Liam Lawson and current recipient Conrad Clark who has a commanding lead in the NZ Formula First Rookie of the Year title and is a dark horse in the outright championship chase.

Entrants will be put through their paces during an evaluation on the 18th and 19th of May before the finalists will be selected to compete for the scholarship on the 20th of May.

The winner will receive a years-long program where they will hone their skills on track and off track to become ‘the complete package’. The program includes a free drive in the Manfeild Winter Series and the Hi-Q Components NZ Formula First Championship, totalling in 12 events across all North Island circuits.

Along with the offer of a Formula 4 test with Kiwi Motorsport, the winner will be given networking opportunities and promotional support including a full social media management package.

Entry forms are available at http://www.speedsportscholarship.co.nz/entry-form/