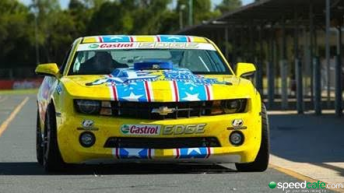 MEDIA RELEASE: Extraordinary skills and car control will be on show at the 2016 Clipsal 500 Adelaide with an exciting new Drifting Demonstration added to the event attraction line up.

Drifting involves the technique of intentionally oversteering, causing loss of traction in the rear tyres, while maintaining control for the entirety of a corner.

Both cars have been built from the ground up and engineered with world-first parts to establish the two Muscle Drift cars as two of the hottest cars on the Australian Drift scene. 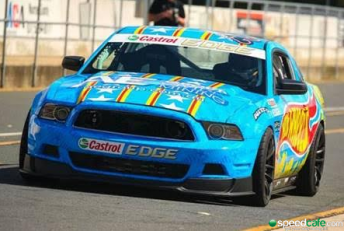 Mingay is no stranger to the excitement of the Clipsal 500, having performed on motorcycles and in utes at the last 13 Clipsal 500 events. Last year he made a spectacular debut in a Stadium Super Truck with a third place overall finish.

“Last year was a huge thrill for me to race against top international drivers in the Stadium Super Trucks. I’m excited to do that again but I’m always looking to innovate and push the boundaries so I can’t wait to showcase the new Chevy Camaro and Ford Mustang in front of big Clipsal 500 crowds,” Mingay said.

The drifting discipline is a worldwide phenomenon which originated from Japan. Competitors are judged on many techniques including their speed, angle, showmanship and the line taken through the corners.

Tickets are now on sale for the 2016 Clipsal500 Adelaide.