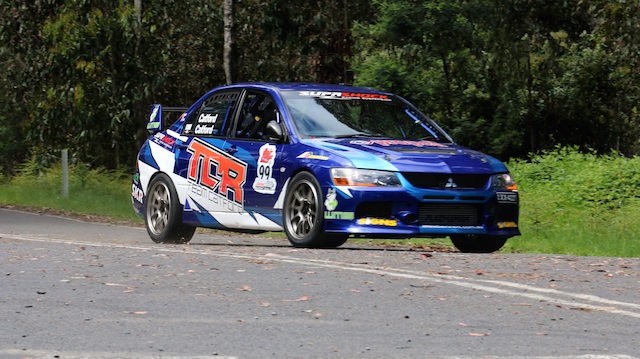 MEDIA RELEASE: With the battle for the 2015 Australian Tarmac Rally Championship crown just a week away, organisers have announced a special celebratory deal for the 2016 series.

The first 20 crews booking to compete in the four events will pay for three and get one entry free. They can either contest all four events themselves, or share the deal with friends.

Event director Peter Washington, from Mountain Motorsports, says he decided on the generous offer as a way to reward his regular competitors and introduce some new entries to the championship.

“There’s no special treatment here. It is strictly a case of first in, best dressed,” Washington says.

“I’m holding the deal for just 20 entries, so it will pay to be quick – literally! After those 20 entries are spoken for, it’s full price only.” 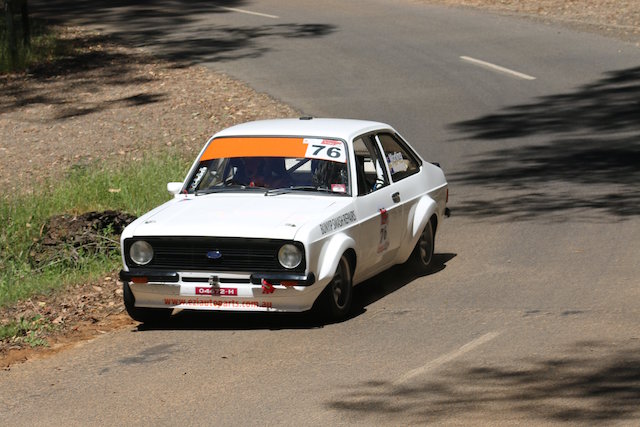 Competitors in this year’s series head for Lakes Entrance on Victoria’s southeast coast next week (December 5-6), for the final round – and it promises to be an exciting weekend.

After the third round, run just two weeks ago near Marysville in the Yarra Valley, there were three crews with a technical chance of taking out the modern/showroom outright title and three in the classic division. 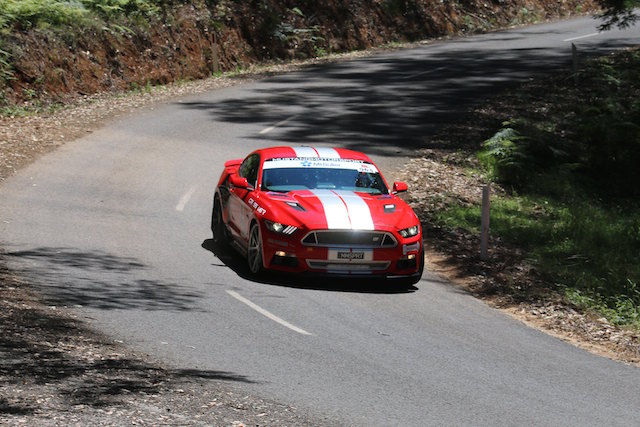 Melbourne’s Craig Dean and Emma Quigley come into the Snowy River Sprint final with the confidence of a win, after a strong run in the previous event in their brand-new 2015 Shelby GT Mustang.

The current points tally is Dean/Quigley on 224 points, Tristan and Kate Catford on 185, and defending champions, Danny Traverso and Bernie Webb on 157. A podium at Snowy River offers 200 points for first, 170 for second and 144 for third.

The third round was a classic case of hero to zero for the Adelaide-based Catfords who came in with a 61-point lead in the 2015 title chase. They failed to finish after a mechanical problem with their 2006 Mitsubishi Evo IX but are keen to make up for that disappointment and will be going their hardest in the hills behind Lakes Entrance.

Danny Traverso (2005 Mitsubishi Evo IX) admits he is the underdog in the chase for another title, but simply plans to be the best he can be for the Snowy River Sprint and see how the cards fall.

“We started 2015 wanting to repeat our 2014 success, but we had two very ordinary events in the first half of the year. This last event we had a few issues but nothing major – it was mainly about me getting my head around the task and while I did my best, I just couldn’t find the rhythm and the speed to beat Craig.

“It can do your head in trying to work out what you have to do to catch the competition, and you want to win fair and square rather than hoping they have a bad run.

“I’m just going to put the whole points business out of my head for Snowy River and aim for a strong result to round out the year.”

In the outright classic division, it will be a similarly tight battle with Keith Morling and son Alex (1976 Ford Escort Mk 2) nine points ahead of Mick Downey and Jarrod Van Den Akker (1977 Holden Torana SLR5000). David and Ingrid McCrow (1969 Ford Capri 1600 GT) are a further 19 points behind. The Morlings were the only crew of the trio to finish the third round; mechanical issues halted the other two duos on Day Two.

The Snowy River Sprint is made up of 20 special stages over 320km, over roads in the hills behind Lakes Entrance, between Buchan and Orbost. It is open to both competition and touring category entries, and limited places are still available.

Further information on the event, including entry details, is available from event director Peter Washington (0418 337 955) or the website: http://www.australiantarmacrally.com/