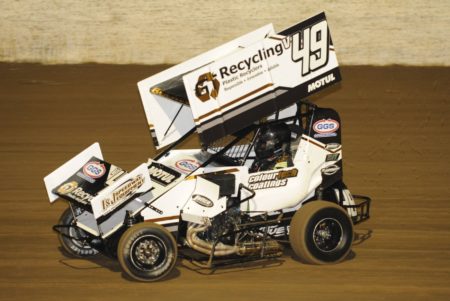 The scene is set for a history making night at Heytesbury Stockfeeds Simpson Speedway this Saturday night, as race fans will see 100+ cars over 4 different classes take to the track come the 9th Jan.

With a number of major events built into the race card, all eyes will be on the star-studded field which will feature in this year’s Formula 500 Victorian Title. Alongside this a whopping 60 wingless sprints will assemble for the The Tyre Factory Warrnambool Summer Slam round two.

Super Rods will return for Snoopy’s Super Rod Slam which is named after John “Snoopy” Verhoeven as a thank you for his contribution to the class since 1985 and not to forget the Junior F500’s which will be on display once again!

Ex Australian & current Victorian champion Josh Buckingham who took out the season opener here less than a fortnight ago will be the one to watch, but will have his hands full against a host of talent.

With 60 entries for the Tyre Factory Warrnambool Summer Slam Round 2, wingless sprint racing is set to be intense as collecting points will be at a premium. This event will act as a key opportunity for drivers to get valuable seat time in a competitive field before the Victorian title a little later in the year.

Christopher Halesworth will be the one to keep an eye on as he looks to continue recent form at the Simpson bullring.

Super Rods will use their season opening event to run the inaugural Snoopy Super Rod Slam as Simpson looks forward to welcoming back track favourites such as
Paul Verhoeven, Shaun Walsh & Jamie May for some clockwise direction racing.
The junior F500’s are back in the house come race night, as these young superstars get set to showcase the upcoming talent in the speedway ranks.

SAT – 16TH Jan 2021
With limited tickets available this event is set to be a sellout!
Keep an eye on social media for online ticket sales shortly!