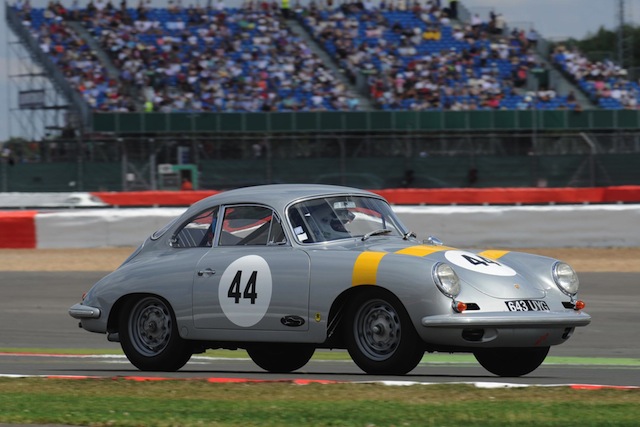 MEDIA RELEASE: Classic – Whether it’s rocking to Status Quo or revelling in the widest ever spectrum of motor sport history, this summer’s Silverstone Classic (24-26 July) will mark its 25th anniversary in glittering style.

The biggest celebration, though, will be the special Silver Jubilee parade – one of the many highlights on ‘Super Sunday’, which will see hundreds of silver cars taking to the famous Silverstone Grand Prix track.

The spectacular parade is open to everyone with a silver car – old or new – and has already attracted an amazing array ranging from a 1934 Austin Seven Special to the latest creations from legendary marques such as Land Rover and Aston Martin.

However, the huge gathering also comprises a sizeable number of today’s mainstream models like Ford Fiestas, Honda Accords and Vauxhall Astras – all united by their sparkling silver bodywork and by owners not only keen to join the celebrations but also to take full advantage of this rare opportunity to savour a memorable lap on Silverstone’s hallowed asphalt. 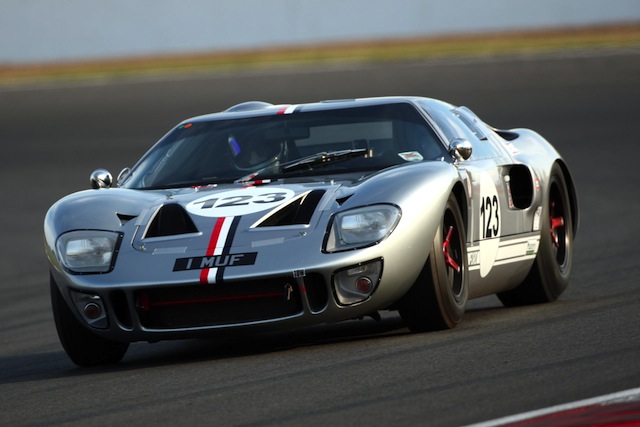 “Right from the very first event in 1990, the Classic has always set out to commemorate important motoring anniversaries with track parades but this is something a little bit different,” explained event director Nick Wigley.

“For once it’s not limited to those lucky enough to own an E-type, 911 or F40 – it’s open to all those millions of motorists who simply have a silver car.

“We want as many people as possible to participate in our 25-year celebrations and this is the perfect way to allow lots more to join the party.”

Perhaps the anniversary parade’s popularity is of no surprise: the Classic is expecting its first 100,000 attendance in July and almost 25 per cent of all licensed cars in the UK are silver-coloured.

The DVLA’s latest vehicle statistics reveal that there are 7,250,300 silver cars on our roads – more than 440,000 of those alone being Mercedes models.

While the organisers are thrilled both by the huge numbers and by the notable variety of the striking silver machines already entered into the Silver Jubilee parade, it’s not too late for others to grasp the opportunity.

It costs owners of silver cars just £25 – appropriately – on top of general admission tickets to be part of this milestone occasion. Moreover, they also benefit from parking in a special infield ‘Silver Zone’ and receive a special 25th anniversary car sticker.

While the track pageant will be a major attraction, it’s only one of the many mouth-watering ingredients that contribute to Silver Sunday at the Silverstone Classic.

Other highlights include the popular RetroRun parade plus two of the festival’s most prestigious races: the Royal Automobile Club Tourist Trophy for Historic Cars for Pre ’63 GTs and the Royal Automobile Club Woodcote Trophy for Pre ’56 Sports Cars. The former features a wonderful grid of priceless E-type Jaguars and Ferraris; the latter is packed with Le Mans winning D-type Jaguars and Aston Martins.

As ever at the Classic, Sunday’s non-stop entertainment continues all over the massive venue – and, indeed, above it.

TV personality Mike Brewer will host his car clinics live from the main stage, Caterham’s dramatic Drift Experience will spin its tyre-smoking wheels, the 40m giant wheel will offer panoramic views, the new Adrenaline Zone will wow the more adventurous, the Off-Road Zone will be in full swing and the purr of magical Merlin engines will resonate from a Spitfire and Hurricane air display.

Adult admission tickets for Sunday are priced at £52 (or £77 for the Silver Sunday ticket) and include booking fees, access to paddocks, grandstands and the vast majority of the numerous attractions. All tickets – including those for the Silver Sunday parade – must be purchased in advance.

Full details – together with hospitality packages and weekend festival camping – can be found on the official website: www.SilverstoneClassic.com.