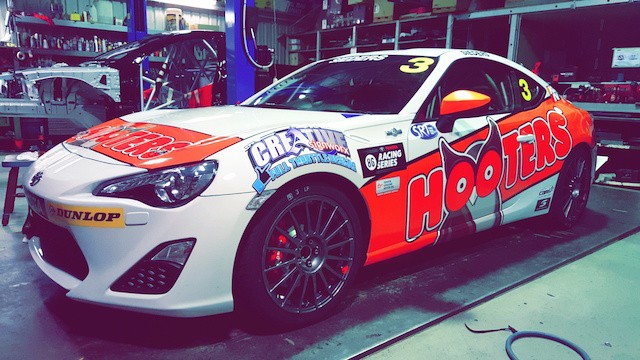 MEDIA RELEASE: Local racer Dave Sieders will be sporting a bright new livery when the Toyota 86 Racing Series returns to the track for round two of the inaugural season at Sydney Motorsport Park this weekend, 26-28th August 2016.

The 32 year old from Western Sydney, who currently sits third in the points after the opening round in May, has recently signed a major partnership agreement with the iconic restaurant chain Hooters for the Red Rooster Super Sprint event.

“Hooters Australia is very excited to be teaming up with Dave Sieders and the Sieders Racing Team this weekend,” said Hooters Australia Chairman, Syd Borg, “the new Toyota 86 Racing Series has generated a lot of interest, especially with grassroots competitors, and this opportunity to get involved with a front running team and driver was an easy decision to make”.

“Hooters, globally, have been a big supporter of motorsport and we believe that it brings us closer to our loyal customers who choose to dine with us and join the Hooters experience,” said Borg, “for those who can’t make it to the track, they can always come in for a bite to eat and catch all the action on our big screen televisions all weekend.”

It’s been three months since the debut round of the Toyota 86 Racing Series, but it has been over nine years since Sieders has actually competed on the Sydney Motorsport Park circuit. Despite this, he is confident of the team backing up their performance at Winton, which saw them take out two spots on the podium.

“I’ve done probably thousands of laps here in different categories, especially testing and driver instructor days, but the last time I actually raced here, it was still called ‘Eastern Creek International Raceway’,” said Sieders, “my last round here was back in 2007 – I jumped into one of the Harding’s Aussie Racing Cars and left the round with a clean sweep of race wins and the lap record, and we have typically been pretty quick around here, so it should be a good weekend”.

“With our Hooters stores located only 20mins from the Sydney Motorsport Park, in Penrith, Parramatta and Campbelltown, we’re looking forward to having the race fans spend the day getting up close with Dave, the car and our Hooters Girls, and then coming back for some of our famous wings, ribs and burgers when the track action’s done.” 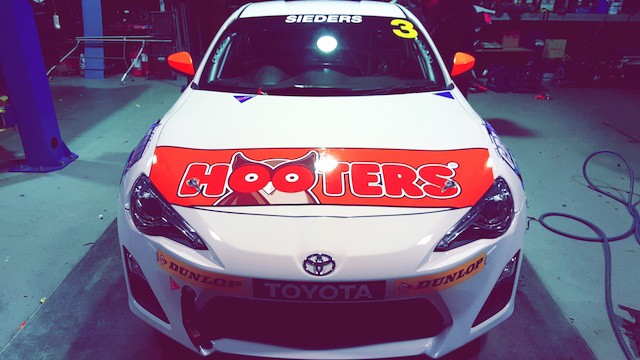