Shaun Thong endures the highs and lows of motorsport in Japan

Shaun Thong endures the highs and lows of motorsport in Japan 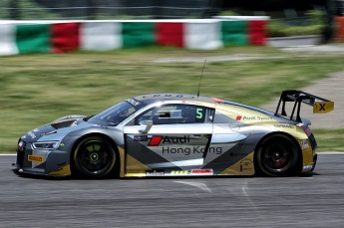 Motorsport can be such a cruel endeavor, often forcing drivers to experience the full spectrum of emotions in one weekend.. So the story of Shaun Thong’s return to Japan’s iconic Suzuka circuit for the third stop of the 2017 Blancpain GT Series Asia program would go after starting his Japanese journey with a commanding victory on Saturday to share the championship points lead with team-mate Marchy Lee.

Ultimately it would be mother nature who would stall the forward progress of the Audi Hong Kong team, in a race impacted by safety car interventions and off track excursions, one of which forced a tyre failure on the #5 car whilst Thong was comfortably inside the top ten, dropping the 21-year old down more than a lap on the race leaders prior to his compulsory mid-race pit stop.

From there team-mate Marchy Lee charged across the closing laps, the Hong Kong veteran often the fastest car on the circuit in the challenging and slippery conditions to recover the lost lap, and with it, regain 12 positions after Thong’s off-track incident.

“Once the rain started to fall on the grid, we knew we’d be in for a tough time.” Thong admitted post-race. “I was able to hang on to our starting position in seventh place off the start, before the first safety car intervention.

“After that I got caught up in someone else’s accident which dropped me back a bit, but pretty quickly I was up to fifth before the full course yellow flag for another crash. From there we circulated at around 80kph until they finally waved the green flags halfway around the lap, but some drivers missed it and I caught one of the Porsches still traveling slowly around a blind corner and had to take evasive action.

“I managed to only lose one spot after going off the circuit, but was then swamped by two Lamborghini’s coming into the chicane. They closed in deep under brakes, and couldn’t pull up, so we all had a bit of contact which carried on all the way down the main straight to turn one where I got a light tag in the braking zone which spun me off the track.

“It was so slippery trying to rejoin on the slick tyres on wet grass, that I lost time, but very quickly I realized the right front tyre had also failed, so I had to limp back to the pits, losing nearly two laps in the process. Fortunately by then the pit window was open and Marchy could work his magic to regain positions, but sadly we fell a couple of spots short of scoring points, so that’s dropped us back to second in the championship now, but still within reach of the leaders.”

For Thong his busy 2017 schedule continues, the 21-year old provided a last-minute call up to join his 17 year old brother Jasper in a two-car Phoenix Racing Asia TCR assault on the Bangsaen Grand Prix in just under a week, the pair looking to consolidate the team’s championship position on the beachside street circuit.

Meanwhile, rounds seven and eight of the 2017 Blancpain GT Series Asia will see a return to Japan, with a visit to one of Japan’s other historically significant circuits, Fuji International Speedway on 19-20 August.

Championship Points (after six rounds of 12)*