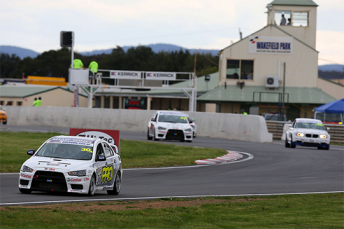 The final round for 2017 season is here as the Shannons Nationals heads to Wakefield Park this weekend.

Nearly 100 competitors will battle it out on the Goulburn circuit across three circuit racing categories.

The final round of the CAMS Australian GT Trophy Series presented by Pirelli will go down to the wire, with three class titles to be decided in the second year of the series.

In particular, the Trophy class will go down to the wire, with Steve McLaughlan currently leading Rod Salmon by 49 points.

However with Pearson absent from this weekend’s entry list, the Cup is wide open for the taking and both Nathan Morcom and the Sherrin Racing M4 driven by Iain and Grant Sherrin will be keen to claim the top prize.

New to the Shannons Nationals will be the Circuit Excel Nationals, with 40 of Australia’s best Hyundai Excel racers battling it out for national title glory.

Amongst the favourites, young Jaylyn Robotham, who will also compete in production cars alongside last year’s inaugural winner Cam Wilson.

This weekend also marks the first time the Shannons Nationals has held an event at Wakefield Park in two years.