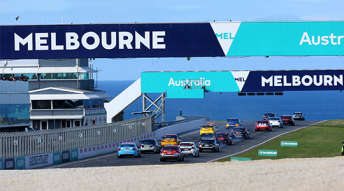 The Shannons Nationals is preparing for its penultimate round of the season, in what will be a jam-packed weekend of racing at Phillip Island.

For the first time this season, the Kumho Tyre V8 Touring Car Series will be part of the line-up this weekend – one of the many highlights for the round.

The national touring car series will head into their penultimate round at the Island, with Brad Jones Racing’s Jack Smith leading the series.

Meanwhile, the Porsche GT3 Cup Challenge Australia presented by Pirelli will take part in its final round of the year, where three class winners will be crowned at the Victorian circuit.

The outright and professional standings are being led by Porsche Junior Jordan Love, who has had a record-breaking run in the series.

The battle will go down to the wire in the Elite class, with only seven points separating experienced racers Anthony Gilbertson and Sam Shahin.

Also heading into their finale is the Australian Prototype Series, which will wrap up their inaugural season this weekend.

The series currently sees seven drivers within mathematical contention to win the title, led by the ever-consistent Mark Laucke, with Terry Peovitis not far behind in second.

Another series nearing its completion is the CAMS Australian GT Trophy Series presented by Pirelli, which has so far produced the biggest grids since the series’ inception last year. This weekend will also be their penultimate round of 2017.

The battle will go down to the final round at Wakefield Park, as Steve McLaughlan leads the way in his Audi R8 LMS.

It wouldn’t be a Phillip Island round without the Australian Production Car Series, with an endurance race to take place on Sunday.

Bob Pearson has had a cracking run in the series, currently leading the Australian Production Car Cup and claiming the last six race wins in his Evo.

Racing at the Phillip Island Grand Prix Circuit will run on 8-10 September.