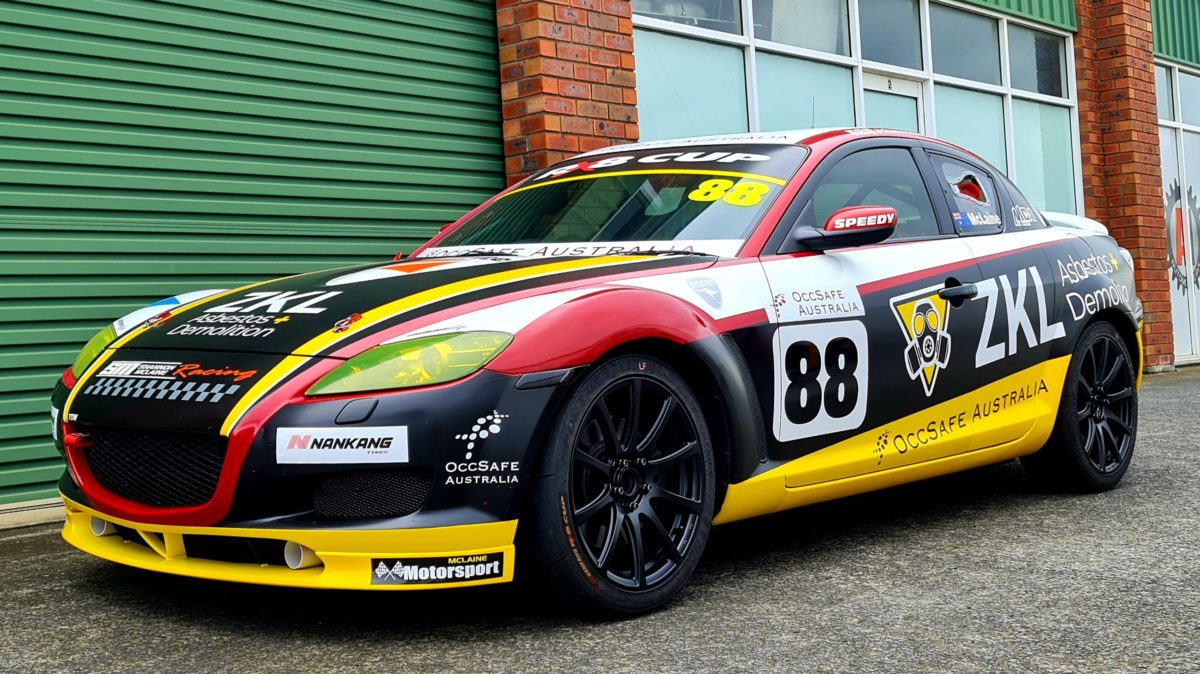 Shannon McLaine Racing, with new partner ZKL Asbestos and Demolition Services Pty Ltd, are ready to hit the track in the 2022 Mazda RX8 Cup Series. After two interrupted seasons the father and son team from the NSW Central Coast are determined to make this year count, with a race win and multiple podiums Team Manager Stephen McLaine believes that son Shannon is capable of consistently running in the top five. “We have left nothing to chance, the car has undergone a complete rebuild in the off season and will have its first shake down this week at Sydney Motorsport Park” said McLaine.