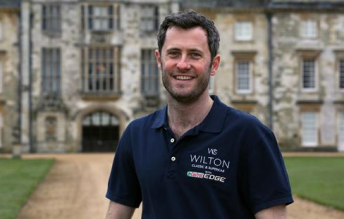 Visitors to the Wilton Classic & Supercar show are set to be wowed by two of the most famous Formula One cars in history.

Twenty five years ago the McLaren of Senna and Prost’s Ferrari were involved in probably the most famous collision in F1 history as the 1990 season reached a nail-biting finale.

And next month the iconic cars will be reunited for the first time since the incident at the Japanese Grand Prix. At the time both cars retired and Senna lifted the world championship title.

“This is an amazing coup for us to be able to reunite these cars on the 25th anniversary of the collision,” said Lord Pembroke who hosts the show on June 6/7 at Wilton House in Wiltshire.

“Every Formula One fan either remembers or knows of this incident and we are thrilled that these cars will be together once again – although we promise no crashes this time!”

He said the presence of these cars, the McLaren MP4-5B Chassis 7 and Ferrari 641/2 Chassis #121 reinforces the stature of the Wilton Classic & Supercar Show.

The event will also showcase the complete McLaren three tier range for the first time ever in the UK and will also celebrate the 10th anniversary of the Bugatti Veyron with a display of examples of almost every Bugatti ever produced.

“Our vision at Wilton is to provide motoring enthusiasts with a great day out and this year’s line up looks to be the best ever.”

More than 500 cars and bikes are expected to be on display over the two days on Saturday June 6 and Sunday June 7 with tickets now available online http://www.bradsons.co.uk/tickets/2015/06/06/wilton-classic-and-supercar-show-2015/

To keep up to date with news about the event visit http://www.wiltonclassicsupercar.co.uk/