Over the season hump

Over the season hump 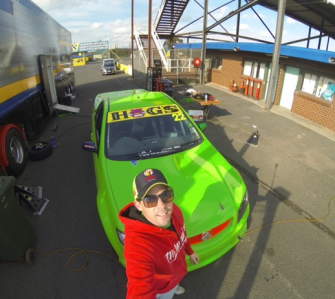 The long wait is over and the green machine is primed to tackle the second half of the 2014 V8 Ute Racing season.

Following a lengthy mid year break, Thirsty Camel driver, Craig Dontas is eager to get back into the championship following a disastrous run in Townsville.

He currently sits tenth in the series but now with a rebuilt Ute, a strong test day last week, it’s time to shake it up.

“I am so pumped to get the show back on the road, Townsville just plain sucked for some silly things that were out of our control,” Dontas said.

“We took the #22 to Calder last week for a shakedown and it was effortlessly fast, so I am very much looking forward to what’s in store for Sandown this weekend.

“I am extremely proud and grateful of what our team has done, we have replaced every panel bar the roof, all the running gear has and come Thursday we will unveil a beefed up the Thirsty Camel Racing livery, so it exciting times ahead.”

Now over the mid season hump, the series really gets exciting with some major rounds for the back half of the season with Sandown this weekend followed by Bathurst and Gold Coast.

A calculated effort will see the Thirsty Camel racer charge his way back forward in the series in what would have to the most competitive year in V8 Ute Racing history.

“It’s tough for sure, the series has really stepped up this year, our incident in Townsville was the difference between us drop from third to tenth in the standings.

“It gives me great motivation to really press on hard, we have the speed and can beat the best of them, we have a good game plan in place for the run to the final round at Homebush.”

In celebration of the Sandown round, major sponsor, Thirsty Camel Bottleshops will be running an online competition for Hump Club members, you can win some great prizes including Milwaukee Tools and apparel.

Log onto www.thirstycamel.com.au to find out more.. Good luck!