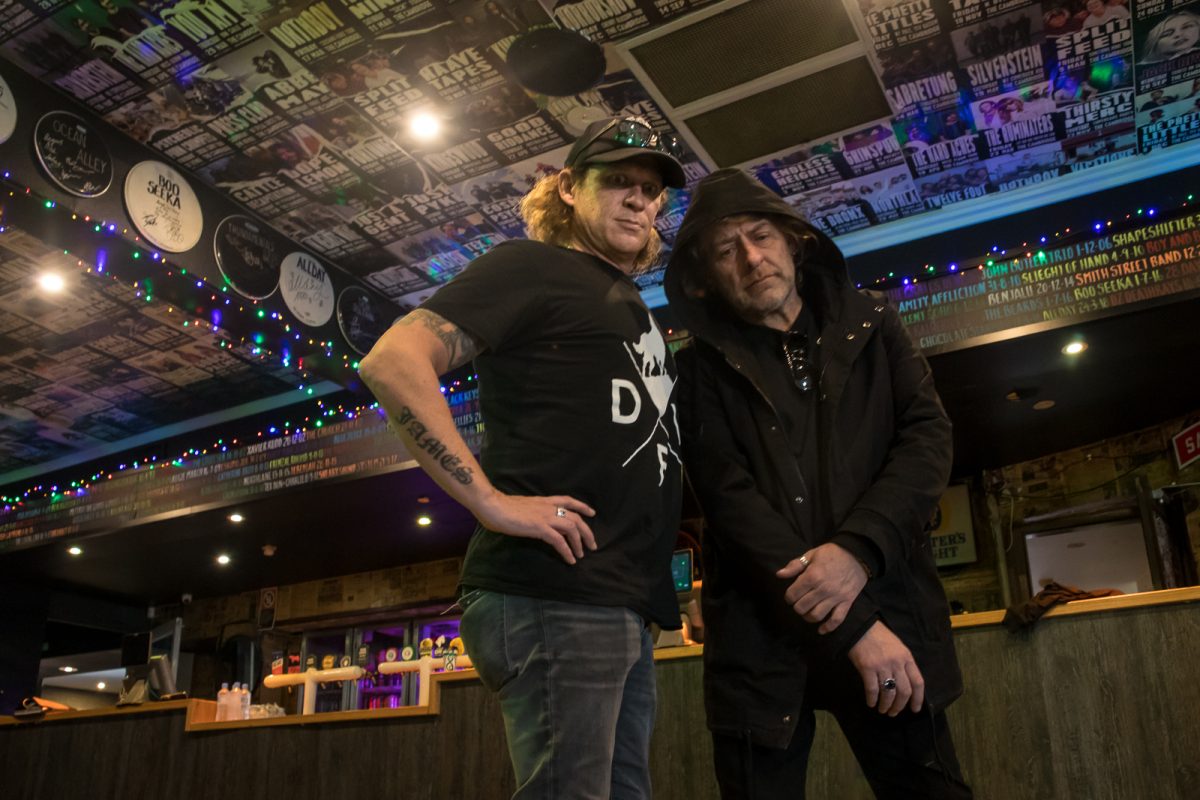 Newcastle’s own SCREAMING JETS will be the special guests at this year’s Coates Hire Newcastle 500 concert to international megastars KISS.

Born and bred in Newcastle, the SCREAMING JETS will perform at the Number 1 Sports Ground on Saturday November 23, before KISS take to the stage as part of their End of the Road World Tour.

Led by Newcastle’s original front man, Dave Gleeson who helped to form the SCREAMING JETS in the mid-80s, the band’s first ever performance was at their high school, St Francis Xavier’s College, just 4km from the starting line of this year’s Coates Hire Newcastle 500.

Since then the band has gone on to sell close to one million albums and most recently embarked on a Dirty Thirty Tour to celebrate 30 years of success around Australia.

Gleeson says its an honour to return to the Supercars stage in 2019, especially in his home town.

“Newcastle means everything, its where Pauly and I grew up, its where some of our biggest hits were written and it will always be home,” Gleeson said.

“We’ve performed at Supercars events in the past but never at home in Newcastle, so this will be something special”.

“To be on stage as opening for KISS in one of their final ever concerts will also be something we will never forget. We can’t wait to see the fans and put on a hell of a show in November.”

Kurt Sakzewski, Supercars General Manager of Operations and Newcastle Event Manager, says adding one of the biggest acts to have come out of Newcastle to support KISS is a coup.

“This year’s concert will be one of the biggest we have ever staged,” Sakzewski said.

“We’re expecting local, national and international fans to attend, given this will be KISS’s only outdoor concert in Australia with the promise of plenty of the band’s trademark pyrotechnic displays.

“We’ve arranged special transport via buses and the new light rail to within walking distance of the sports ground, so we are expecting a huge crowd on the night, filled with rock and race fans.”

The Coates Hire Newcastle 500 is the season finale of the 2019 Virgin Australia Supercars Championship and will run from 22-24 November on the streets of Newcastle’s CBD.

Tickets are still available to the event, special Rock’n’Race tickets are available for fans to gain access to a full day of racing and the concert.

KISS has just begun the two-month European leg of the End Of The Road tour saying an emotional farewell to fans each and every night. The tour, which features KISS’s most spectacular production ever (and that’s saying something!), continues to garner rave reviews.

The Coates Hire Newcastle 500 was secured exclusively for Newcastle for five years by the NSW Government via its tourism and major events agency, Destination NSW, in partnership with the Newcastle City Council.