Schweikert charges into top ten from rear of field!

Schweikert charges into top ten from rear of field! 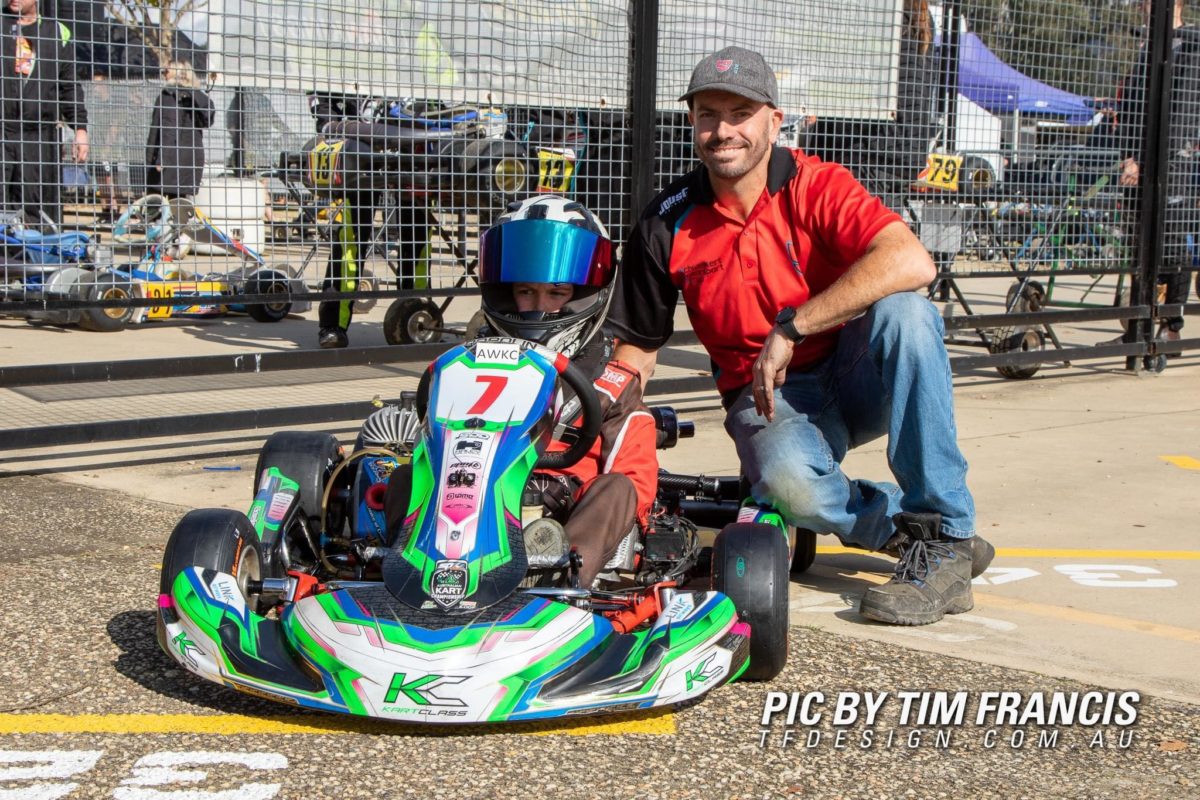 Coming off a round win at the previous round of the Golden Power Series, Aiden Schweikert was looking to continue his strong championship at Albury Wodonga over the weekend. Schweikert ran in the top five at the opening round and was able to take an epic victory at the Bendigo Kart Club. Schweikert had strong pace in practice leading up to the event and was looking to make his mark.
Aiden hit the track for qualifying full of excitement and full of confidence he could put himself right in the hunt for pole position. The Link Airways backed entry unfortunately had a horror start to his weekend, dropping a chain and not setting a time in qualifying.
Schweikert was now starting off the rear of the grid and was looking to make his way forward in the opening heat. Aiden got a great start and was able to jump up five spots on the opening lap. The G & L Motor Repairs and Performance backed entry had the eyes on and continued to move forward and made his way into the top fifteen. In a brilliant fightback with excellent pace, Aiden was able to cross the line in position fifteen making up ten spots in eight laps.
Aiden was focused for heat two, where he was once again looking to make up as many spots as possible. The Jeremy Cross Physiotherapy & Haley Hire backed entry had a breath-taking opening lap moving up to position fourteen. Schweikert had the eyes on and continued to move forward and made his way inside the top ten in the back end of the race. In another massive charge through the field, Aiden was able to come across the line in position ten.
Due to his opening two heats, Aiden was now starting out of position thirteen and looking to get closer to the front of the field. The Link Airways backed entry slotted into position twelve off the start and then moved into position eleven by mid race. Schweikert was able to move his way into the top ten in the back end of the race continuing to move forward. Aiden came through for his best result of the weekend coming home in position nine overall.
Aiden was starting the highest he had all weekend, out of position twelve for the final. The G & L Motor Repairs and Performance backed entry didn’t make up any positions in the opening few laps but by lap four he made his way into the top ten. Schweikert continued to put his head down but the top group had been able to gap him and he had a tough assignment to deal with. Aiden came across the line in the final inside the top ten in position nine overall in a great recovery.
Aiden’s father Justin spoke post weekend of his son’s true determination. “A dropped chain in qualifying put Aiden on the back foot. He drove like a champ in every heat to have a great finish in the end. I was really proud of how he kept his chin up and had heaps of fun”. Aiden spoke post weekend of his difficult round but was happy to salvage a result. “Although I was disappointed starting from last I had so much fun driving through the field. Thanks to everyone that supports me and congratulations to Jeremy Kay on his first Golden Power Series round win”. Schweikert will be back on track this weekend at the Australian Kart Championship at Eastern Lions Kart Club.