School’s in at Australian Grand Prix

School’s in at Australian Grand Prix 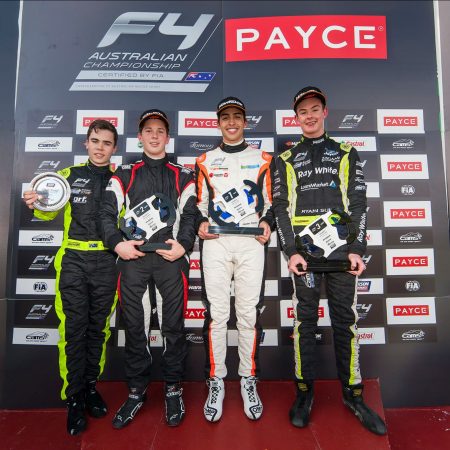 Most of them should be in school but they’re learning the lessons of a lifetime at the Formula 1® Rolex Australian Grand Prix 2019 weekend, 14 – 17 March.

Formula 4 will make its first-ever appearance at this year’s Australian Grand Prix and the vast majority of its competitors will be waging school to be there.

Although the minimum age for Formula 4, the official junior category of Australian motorsport, is 15 years old and there’s no upper age limit, in 2018 the oldest competitor was a wizened 18 years old!

So, it’s no contest that the youngest field on the Grand Prix grids this year will be from Formula 4, where the drivers will be contesting the opening round of four-round national series.

And there’s no doubt that the lessons these young teens learn on the fast, flowing Albert Park track will be an education they’d like to put to good use in the other support categories on the bill.

Perhaps one or two might even make it to the Formula 1 pit lane on day … no doubt with memories of the days they skipped school to race at the Australian Grand Prix for the very first time.