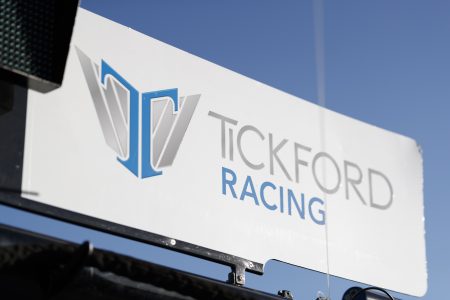 Inspired by Scandinavian design, Scandia has manufactured wood fire stoves for over 65 years, producing a variety of quality heating products which are affordable to Australians. The Melbourne-based business’ logo will be present on the rear wing and front scallops of Car 6, making its race debut at the Superloop Adelaide 500 February 28 – March 3.

“At Scandia we are genuinely excited to be partnering with Tickford Racing, and Cam Waters for the 2019 Supercars season,” said Jake Cassar, CEO of Scandia. “We’re thrilled to be announcing our relationship on the cusp of the arrival of the Ford Mustang, which will be a truly historic moment in Australian Motorsport.”

We’ve taken a good long look at the Australian motorsport landscape and couldn’t be happier to be joining Tickford Racing in Supercars with the Scandia brand.”

Tickford Racing CEO and team principal Tim Edwards is also energised by the team’s newest partner, which joins Waters’ entry as the 24-year old enters his fourth season of full-time Supercars racing, all with Tickford.

“We are fired up, so to speak, to have Scandia join the team,” Edwards remarked. “They’ve been looking for a new avenue of expanding their brand and we’re ecstatic that they chose to partner with us to do so, and we’re very excited to expose the Scandia brand to the millions of Supercars fans across this part of the world.”

Edwards also made light of the current Supercars schedule, which runs through the Australian winter and spring, aligning the advantage of having a partner like Scandia.

“Some of those winter rounds we have you wish you were sitting next to a wood fire stove with a coffee in hand to watch the race,” he added. “While I don’t think Supercars would be fond of a wood fire stove in the garage, I’m sure the best way to follow our races during the winter months would be next to a Scandia stove. We’re looking forward to having them aboard.”

The addition of Scandia is the first of a number of new additions to Tickford Racing’s partner portfolio ahead of the 2019 Virgin Australia Supercars season. Prior to the season opening race in Adelaide, Tickford Racing will hit the track February 14 for a preseason test at Phillip Island, which will serve as the first run in anger for the team’s four Mustangs ahead of the signature event.