Sawdy on the pace

Sawdy on the pace 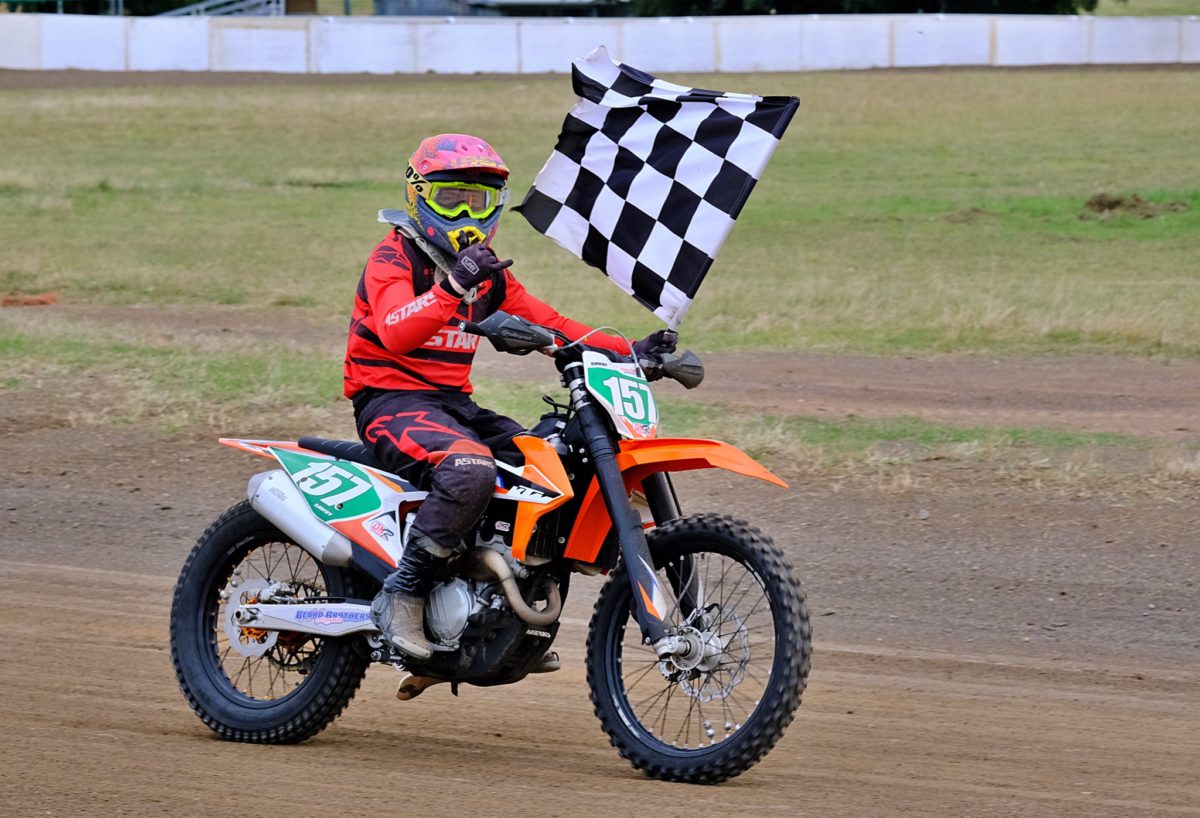 IT’S certainly been a busy first half of the year for James Sawdy, as he has travelled around the state of NSW contesting Long Track events in readiness for his Australian Title defence in the 250cc category later in the year.

The highlight of the year so far for the 19-year-old has without a doubt been his NSW Title victory in the 250cc category at Quirindi Raceway last month.

“My KTM bike was on point throughout the meeting, and I was happy with how I rode, and it rewarded me with the best possible NSW Title result.

“As much as it’s nice to get the win for my own satisfaction, it’s just as pleasing to achieve it for both my family and of course all my wonderful sponsors, because without any of them this wouldn’t have been at all possible.”

Apart from competing in the 250cc category, Sawdy is running in the premier Long Track category of 450cc, and he is certainly loving it.

“Naturally, running in the 450s is quite a big step up from the 250s, and I’m really enjoying the challenge of taking on the best riders in the country’s premier Long Track category,” explained Sawdy, who in last month’s NSW Title for the 450s finished just off the podium in fourth.

“When you are running in the 450s, the level of competition is next level and to be competitive, you must have all your ducks in a row – everything from your bike through to yourself as a rider – if you are going to be a challenger at the front of the field.

Sawdy has contested his fair share of Long Track club race meetings around the blue ribbon events so far this year in both the 250s and 450s, but he has also test rode a speedway bike around Nepean Raceway in western Sydney and recently ventured back into four-wheel competition by contesting the latest TEKA Championship round for Endurance Go Karting at Dubbo’s Lincoln Country International Raceway in western NSW and went on to lead his team to an outstanding second-place finish in the 9-hour event.

For the second half of the year, Sawdy’s focus is on the Australian Title on September 24 and 25 at the Gunnedah Showground (north western NSW), where he will be trying to defend his 250s crown and attempt to improve on his result in last year’s 450s event. Other major events remaining on this year’s calendar include the Sultans of Slide Flat Track Series and the Canberra Long Track Cup.