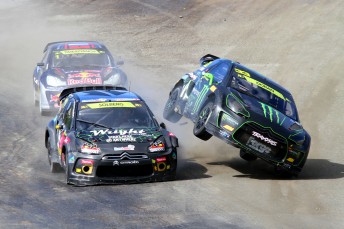 World Rallycross to head to Argentina

Organisers of World RX of Argentina, the final round of the FIA World Rallycross Championship presented by Monster Energy, have confirmed that the season-closer will take place in San Luis.

The event, which will run from 28-29 November, will be based in the country’s Cuyo region as San Luis is set 400 kilometres south of Cordoba and 900 kilometres west of Buenos Aires.

“We are working hard on the World RX circuit and everything is looking very positive so far,” explained David Eli, World RX of Argentina’s championship promoter. “Our local authorities are very enthusiastic about rallycross in Argentina and we know that the fans are delighted that the Championship has decided to include a round in South America.”

“I recently visited Argentina and I am confident that San Luis has all the ingredients to make World RX of Argentina a fantastic event,” explained Anayi.  “The race will form part of their Speed Week and the addition of World RX to the motorsport calendar will help boost tourism throughout the Cuyo region.  We’ve also got an exciting broadcasting deal confirmed for World RX TV coverage in South America which we are set to announce at our World Championship media day in Italy later this month.”