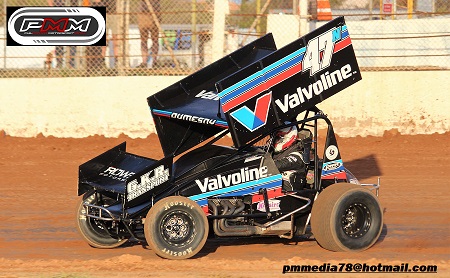 Nominations are now open for the opening round of the Sprintcars SA Speedweek on Boxing Day (26th December, 2020) at the Whyalla Speedway. Whyalla is set to be the first of a four-round series with the opening night paying $10,000 to win and a total A-Main payout of $26,300.

With nominations open it is crucial that teams get their nominations in soon as possible to ensure the viability of this event. Nomination forms will be officially released shortly but Michael Brown can be contacted on 0428897981 if you have any enquiries regarding the event.

The remaining three nights of the Sprintcars SA Speedweek will take place at the Borderline Speedway at Mount Gambier on their traditional December 28th date with the Sprintcars making a welcomed return to the Tolmer Speedway at Bordertown the following night on December 29. The tour is set to conclude in the New Year at the Murray Machining and Sheds Murray Bridge Speedway on Saturday January 2, 2021.