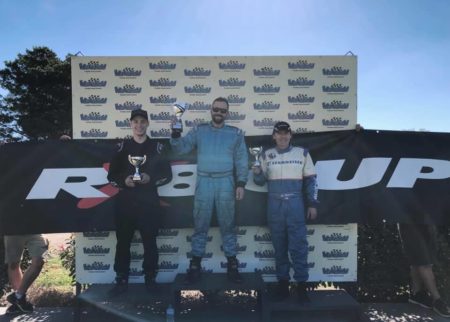 The RX8 Cup Series returned to the track last weekend at Wakefield Park Raceway, for Round 1 of their 2021 National Series. 20 competitors entered what was a 3-day weekend, with 5 sessions of practice on the Friday, qualifying and 2 races on Saturday, and the final 2 races on Sunday.

Gorton was largely unchallenged in Race 1, taking the victory after leading flag to flag, helped by some great racing by those behind him who were swapping positions regularly. Devjak and Barnes completed the podium, with Ric Shaw and Jake Lougher rounding out the top 5.

Race 2 resulted in a lead change with Gorton suffering from fuel pump problems, allowing Devjak to run away with the win. Barnes was 2nd and Ric Shaw 3rd.

Devjak fought off a hard charging Gorton in Race 3 for a deserving win, with Ric Shaw not far behind in 3rd.

Gorton scored a redeeming win in the 12 lap final over Devjak who finished 2nd and Ric Shaw again in 3rd. Marcus La Delle clawed his way back to 4th after engine issues in early races. Lougher scored another top 5 result, bagging some good championship points in a borrowed car for Round 1.

The battles on track weren’t just for the top honours though, with some great racing put on show in the mid-pack with the like of new-comers Gina Bullians and Martin Welsh trading spots with Mark Alder, Maisie Place, Sam Silvestro, Jack Pennacchia, Jamie Canellis, Elliot Malouf, and the Cook brothers. Terry Lewis had a strong return to the series after a year off, bagging a couple of top 10 finishes. Jackson Noakes and Shannon McLaine unfortunately didn’t have the championship opening they were hoping for, with gearbox issues troubling the start of their season. The return of category manager Ric Shaw into a cup car was a topic of hot concern, and of course he was straight on the pace with his newly built car. Son, Tom Shaw also continued to improve quickly, with multiple top 5’s now under his belt and a new PB in the elusive sub 1:10 region.

Steven Devjak concluded the weekend by stating “This would have to be one of the very best weekends of motorsport I have competed in, in my whole career. The racing between myself and Ryan was very satisfying. I have a huge amount of respect for the Gorton family. The RX8 Cup formula creates close racing, but I think myself and Ryan go beyond that displaying technical, tactical, and respectful ‘on the limit’ driving. I look forward to battling it out for the remainder of the season”.

RX8 Cup Series returns to the track at Sydney Motorsport Park for Round 2, April 9-11. If anyone is interested in getting involved with the series, jump onto the “RX8 CUP SERIES” Facebook group or give category manager, Ric Shaw a call. Cars for lease are also available through companies like S-Sport Racing and through other competitors.