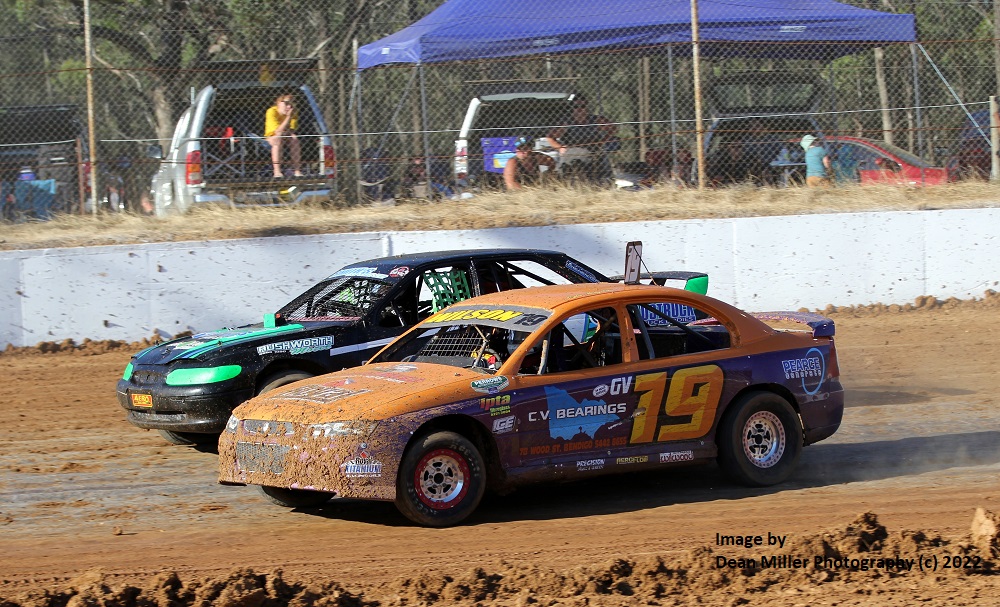 Goulburn Valley Auto Club has started its Speedway season this past Saturday night with eight race categories entertaining a healthy crowd keen to see some action after the last two seasons of pandemic affected viewing.

The Rushworth Speedway facility was visited by the Daylesford Drivers Association bringing two of their classes to town. The host club in the off season confirmed three new club classes that will compete through the season from the Victorian Speedway Council governing body, these classes Sports Sedans, Standard Saloons and Junior 1200s all hit the track.

Goulburn Valley Auto Club’s long time club classes also started their season, it was impressive to see the pit enclosure had over fifty competitors to give the paying public some entertainment.

The GVAC reports that Daniel Wilson won the Goulburn Valley Open Saloons class finishing in front of Bevan Hutchins last seasons champion and Scott Smith. In Goulburn Valley Production Sedans Jye Sanders took the first win of the season in front of son and father Jason and Colin Ahearn. Whilst the experienced Keiden Britton got the win in Goulburn Valley Junior Sedans in front of Carley Smith and Tia Anderson both brand new drivers to Juniors.

In Daylesford Speedway Association class action David Barrie was the winner in the Daylesford A Modifieds ahead of Coby Kakoschke and Ryan Daly with club champion in Street Stocks Des Robinson picking up the win ahead of David Clark and Stephen Brook in that class.

Racing returns to Rushworth again on February the 12th.