Rudd steps up the ladder

Rudd steps up the ladder 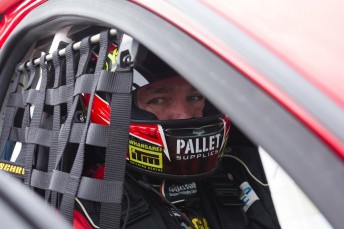 A calm self-belief in his driving ability has moved Brett ‘The Scud’ Rudd into second place overall for the UDC V8 Utes Championship.

Going into the latest round after a long winter break, Rudd was sitting in third equal position with a plan to cement that spot as a minimum by the time he left the Taupo circuit on Sunday evening.

While the weekend produced highs and lows for most of his competitors, Rudd was able to stay safe, clean and straight during all three races and due to that he has walked away with fourth overall for the round, and moved himself one step up the ladder into second equal alongside Mike Lightfoot.

“We stayed out of the carnage of that one and I simply had to keep my eyes forward,” stated Rudd after the first race of the weekend.

“That mild demeanour was evident throughout the weekend with his driving and was also reflected by his knowledge of the Championship point’s situation.

“I don’t worry about the points leading up to the races or during; I just wait till after the last race and see what happens. I do have a rough feel for where we are but I don’t analyse it too hard. We are there or thereabouts and that’s good enough for me”.

Rudd was quietly confident of a good result in Race 2 as he would start from Pole, and it would be a wet race, a scenario that he enjoys driving in.

“Honestly I was glad to start at the back of the field in Race 1 as there would be some pent-up tension from the long winter break, but getting to be on Pole for the second outing in the wet suits me just fine”.

Rudd did not go on to win that race but was pleased to take second place after losing the lead in the final laps to the current Championship leader Kris Walton.

“I was sad to not win, but he was quicker and he eventually grabbed the inside line down the back straight. I figured it was smart play to let him have it, and for me to keep the consolidation going.”

He then went on to finish the final race of the weekend in 5th and that was enough to keep his fight for a top-three Championship placing intact, yet it seems he is quite willing to go racing.

“With Mike picking up good points as well this weekend it’s going to make it interesting when we head to Hampton Downs. I’m looking forward to keeping my spot on the table”.